Belgium. Belgium’s newly-appointed government in January froze payments for, among other things. rail maintenance and procurement to the defense in accordance with EU demands for reduced budget deficits. At the end of the month, the major unions organized a 24-day general strike, the first in the country in six years. The protest was directed at austerity policy, and not least plans to raise the actual retirement age. The strike caused severe traffic disruptions.

In February, it was found that Belgium was the first euro area country to formally go into recession as growth was negative two quarters in a row.

A national mourning day was held in Belgium in March following a severe bus accident in Switzerland. Most of the 28 victims were Belgians, and 22 of them were sixth-graders who had been on a school trip in the Alps.

The wounds of the old pedophile heritage that shook the country in the 1990s were rediscovered when the country’s highest court in August gave Michelle Martin the go-ahead to settle in a nunnery. Many Belgians raged that a woman who let two eight-year-old girls starve to death and allowed horrific abuse to other children was allowed to leave prison. Martin was sentenced in 2004 to 30 years in prison for assisting in murder and sex abuse of children along with then husband Marc Dutroux.

The municipal elections in October became a new success for the Flemish separatists in the N-VA (New Flemish Alliance), which was already the largest party in the national parliament and now became the largest in Flanders. The leader Bart De Wever was elected mayor of Antwerp.

Car manufacturer Ford announced plans in October to close its Genk plant with 4,300 employees. According to union representatives, an additional 5,000 jobs were risked by subcontractors.

Belgium was one of the earliest industrialized countries in the world. Industrialization was based on coal resources, and its mining in turn laid the foundation for extensive iron and steel handling. However, economic development was regionally distorted. Industrial development mainly affected the French-speaking areas, while the Dutch-speaking areas remained largely agricultural, with a high percentage of leased small farms.

In the long run, industrialization caused the standard of living in Wallonia to exceed it in Flanders, but in the initial phase the process led to difficult social conditions. However, due to the severely limited voting rights, this did not have a political impact, but the central issue was instead the position of the Catholic Church in society. The Catholic party and the anti-clerical liberal party fought for power, but after an extension of voting rights in 1893, the Catholic party with its wider popular support became dominant. At the end of the 19th century, the Socialist Party also emerged as the third major party in Belgian politics.

Parallel to the increasing political significance of social issues, for the first time, the contradictions between French and Dutch speakers became politically valid. By the time of its arrival, Belgium had largely become a French-speaking state without any protest. From the middle of the 19th century, however, smaller Flemish groups began to strive to raise a Flemish national consciousness and strengthen the position of the Dutch (Flemish) language. Gradually, support was increased both in Flanders and among Flemish politicians in different parties. In 1898, Parliament passed a law that formally made Belgium a bilingual state and equated French and Dutch in official contexts. In reality, however, this did not work,

In foreign policy, Belgium’s position was determined by the Treaty of 1839 which limited the opportunities for active action. However, King Leopold  II, son of Leopold I, was privately engaged in the race for the colonies and was awarded the Congo (now Kinshasa) by the great powers in 1885. Conditions in Leopold’s private colony soon became an international scandal, and after the domestic-political struggles, Congo was taken over by the Belgian state in 1908.

Despite the guarantees of Belgium’s integrity that existed in the Treaty of 1839, throughout the 19th century Belgium was exposed to threats from its neighbors of great power. By the middle of the century, France was most feared, but gradually it became clear that it was the newly created German great power that posed the greatest threat. The German plans for a possible war with France presumed that the main attack would take place through Belgium. 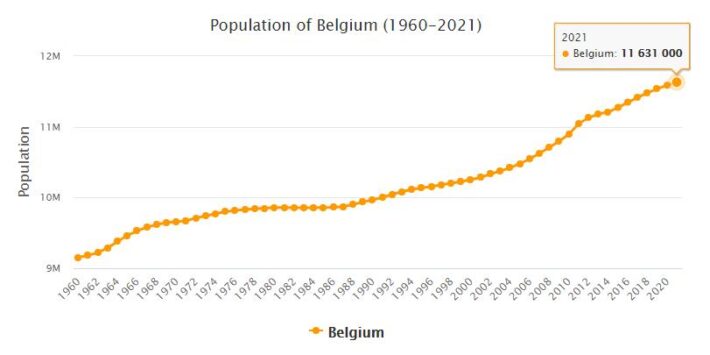