Belarus. The conflict between the EU and the dictatorship in Belarus escalated during the year because of the suppression of human rights in Belarus. When the EU in February tightened its sanctions on President Aljaksandr Lukashenka’s regime, Minsk responded with the expulsion of ambassadors. The EU then protested by withdrawing all EU ambassadors from Belarus. They did not return until April.

The increased isolation for Belarus meant worse conditions for the Belarussian economy, which was hard pressed and in need of loans. However, Minsk had an ally in Moscow, where Prime Minister Vladimir Putin condemned the EU’s sanctions in the form of an entry ban on Belarusian politicians and officials, as well as the freezing of assets of Belarusian companies.

Sweden ended up in the fiercest confrontation with the Lukashenka regime. It started with a Swedish advertising agency in July conducting a private flight from Lithuania into Belarus, where 800 teddy bears with regime-critical messages were dropped. The incident led to the dismissal of the Belarussian Air Force commander and the Border Guard commander, as the small aircraft was not stopped.

In August, Sweden’s ambassador to Belarus was expelled. Minsk accused him of having contacts with the opposition, but judges believed the deportation had to do with the teddy bear campaign. The EU as well as the US gave their support to Sweden.

In response to the expulsion, Sweden said no to the new Belarusian ambassador to be installed in Stockholm, and a couple of diplomats at the embassy must leave Sweden. By then, Belarus closed its embassy and at the same time deprived the Swedish diplomats of Minsk of their status. Lukashenka accused the Swedish embassy of having participated in the campaign with the teddy bears, and Belarusian media claimed that Sweden financed disruptive activities in Belarus and had trained groups at its embassy to attack the police.

Following the incident with the Swedish plane, the regime decided to equip the Air Force and upgrade its readiness. Later, Foreign Minister Sergei Martynov was dismissed and replaced by Vladimir Makej, who was blacklisted by the EU.

SVT’s “Assignment Review” revealed during the year that TeliaSonera opened its subsidiary’s telecommunications system for the security service in Belarus and gave the regime access to the mobile users’ calls and SMS so that different thinking could be intercepted and seized. Through its ownership in Turkish Turkcell, TeliaSonera has indirect ownership of Belarusian operator Best.

The situation of the Belarusian opposition was difficult. Former presidential candidate Andrei Sannikov, who was sentenced to five years in prison, was reported to have health problems and to be subject to abuse by guards. His wife feared for his life. In April, Sannikov was released following an application for mercy, and in the fall he was reported to have received political asylum in the UK.

Human rights organizations have appealed to the regime not to execute the two young men sentenced to death accused of a bombing of 15 deaths in Minsk in 2011. There were serious doubts about the police investigation, the trial and the men’s guilt. One of them said he was forced to admit. In March, the regime announced that Vladislav Kovaljov and Dmitry Konovalov had been executed.

In September, a number of Belarusian and foreign journalists were arrested who reported from a protest meeting held by the opposition in Minsk. Three of the organizers were jailed, while the journalists were released after questioning.

Ahead of the September parliamentary elections, several opposition parties urged voters not to vote, as the electoral movement was labeled the worst so far in terms of censorship and police repression during Lukashenka’s regime. Lukashenka himself mocked the opposition, claiming that it did not dare to meet the voters. Only a few of the candidates in the election came from the opposition. In addition, Parliament was virtually powerless as almost all legislative proposals came from Lukashenka.

The regime and its support groups won all 110 seats in Parliament. According to international election observers, led by the OSCE, the electoral movement was governed, the election not free and the electoral commission biased. Officially, turnout was nearly 75%, but unofficial reports spoke of low participation. 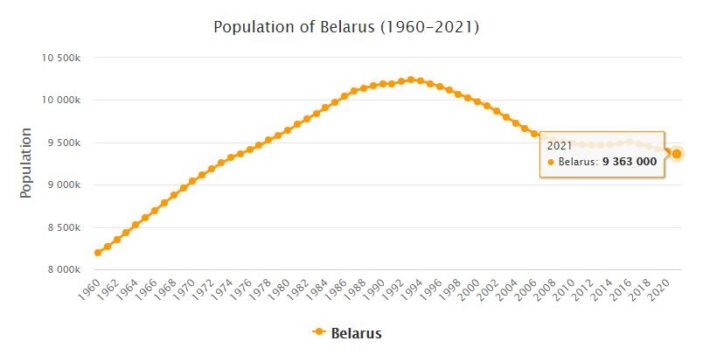