Join us on a journey to the closed country of North Korea – a journey where we get to see the capital’s giant monument to the father of the country Kim Il Sung and his son Kim Jong Il, a spectacular performance that pays tribute to them, the border area to South Korea, two collective farms, one university, North Korea’s film studio and one of North Korea’s most beautiful mountain areas. During the trip, you will not only get an insight into North Korean city life but also a unique insight into what it can look like a bit outside the major cities. 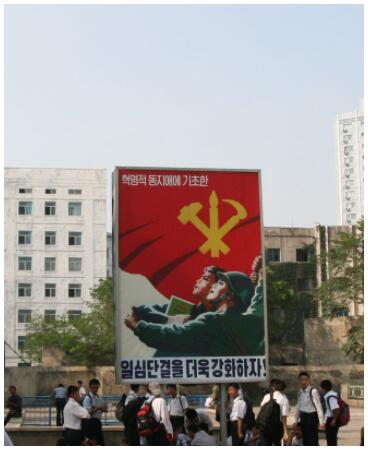 Day 1: Flight to North Korea
We begin the journey to the North Korean capital Pyongyang. The flight goes via Beijing. Meals are included on board the long-haul flight.

Day 2: Pyongyang
Our guides meet us at the airport in Pyongyang and we go on a short city tour where we get to see a 22 meter high bronze statue of Kim II Sung. After a short rest in the hotel room, it’s time for the welcome dinner with typical Korean dishes. Overnight in Pyongyang.

Day 3: Pyongyang – Kaesong
Today we get acquainted with a few more of the more significant monuments in Pyongyang, including the magnificent monuments at Mansudae which consist of two huge statues of the North Korean leaders Kim Il Sung and Kim Jong Il, as well as other monumental works of art with patriotic and socialist messages. Then we go on a guided tour of the nearby Revolution Museum. During the day we also visit Pyongyang’s Arc de Triomphe, the Juche Tower and the People’s Study House (North Korea’s largest library). In the afternoon we go to Mangyongdae and see the simple house where “The Great Leader” Kim Il Sung was born and spent his early childhood. From here we continue to Kaesong, a city of historical significance that escaped much of the devastation of the Korean War. Kaesong was under the Korean dynasty the capital of Korea and is not far from the border of what today constitutes South Korea. In Kaesong we visit, among other things, King Wanggon’s mausoleum. Overnight in Kaesong.

Day 4: Kaesong – Pyongyang
After breakfast we continue towards the demilitarized zone (DMZ) and the border village of Panmunjom where the border line between North and South Korea runs since the end of the Korean War. In Panmunjom we visit the building where the armistice between North and South Korea was signed in 1953. The border line runs straight through the building and we can therefore take a few steps into South Korea. After visiting the demilitarized zone, we return to Kaesong to visit the Koryo Museum. Later in the evening, we return to Pyongyang to see a large-scale and spectacular theater and circus performance with a mass line-up of actors. Overnight in Pyongyang.

Day 5: Pyongyang – Nampo – Pyongyang
After breakfast we head towards the port city of Nampo to view the North Sea dam with its many locks and its 8 km long sea wall. Back in Pyongyang, we visit a high school where we get to attend a lesson. Alternatively, we visit Pyongyang’s Children’s Palace instead to view some of the activities offered to school children there. In the afternoon we visit North Korea’s film studio just outside the capital for a guided tour of the place. The North Korean film industry may not be particularly well-known abroad, but Kim Jong Il had a very strong interest in film and was largely involved in government film production. The film studio consists of various “neighborhoods” with houses and decor that will bring thoughts abroad. Here we can see how North Korean filmmakers imagined China, Japan,

Day 6: Pyongyang – Hamhung
We continue by bus to Hamhung, North Korea’s second most populous city. The city is a port and industrial city with a focus on the chemical industry. Among other things, we visit the collective model farm Tongbong Cooperative Farm just outside the city and get a presentation on how farmers work and live there. Overnight in Hamhung.

Day 7: Hamhung
Today we get the opportunity to visit a North Korean fertilizer factory. Factory visits are otherwise uncommon on tours of North Korea. Then we visit Ri Song Gye’s residence. Ri Song Gye was the king who in the late 14th century founded the Joseon dynasty that would rule Korea until the country was annexed by Japan in the early 20th century. Finally, we visit the Hamhung Grand Theater, North Korea’s largest theater building. The theater was built in 1984 and offers revolutionary operas. Overnight in Hamhung.

Day 8: Hamhung – Wonsan – Kumgangsan
We leave Hamhung and head to the port city of Wonsan where we visit Wonsan Agriculture University where students are educated in subjects related to agriculture and food production. We then continue towards Kumgangsan for overnight.

Day 9: Kumgangsan
Kumgangsan literally means “Diamond Mountain” and is one of the Korean Peninsula’s most beloved mountains. The 1,638 meter high Kumgangsan is known for its scenic surroundings and its dramatic landscape that is reminiscent of traditional ink paintings. Overnight in Kumgangsan.

Day 10: Kumgangsan – Pyongyang
After breakfast we return to Pyongyang. On the way we visit Chonsam Cooperative Farm, another of the few collective farms that foreigners can visit. Agriculture mainly grows rice, corn and vegetables but also persimmons. The farm has its own daycare center where the children sometimes perform for visiting guests. We visit one of the agricultural households where the family tells about their existence on the farm. In the late afternoon we arrive in Pyongyang. Overnight in Pyongyang.

Day 11: Pyongyang – Beijing
After breakfast we may visit one of the city’s hospitals (there are no guarantees). During the day, we are also shown the American “spy ship” USS Pueblo, which was seized by the North Korean navy in 1968. We also get the opportunity to visit the Pyongyang subway. The stations that foreigners can visit are lavish. There are crystal chandeliers in the ceilings and the marble walls are adorned with revolutionary art. Before we head to the airport for the return trip, we finally visit a bookstore where you can buy a selection of books and writings about North Korea and its leaders. Overnight in Beijing.

Day 12: Return from Beijing
Transfer to the airport and flight to the boarding place. Meals are included on board the long-haul flight. (If you want to stay longer in Beijing, it is possible to extend your stay) 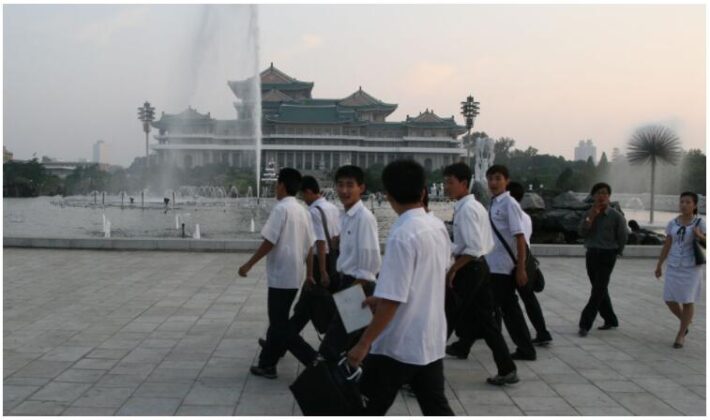