Romania. The year was filled with conflict, both politically and economically. The government experienced a setback in the EU when nine member states in January decided that their labor markets would be completely or partially closed to Romanians for another two years.

Then came home demonstrations demanding the resignation of the government and the president. The protests included plans for privatization in health care, increased taxes, reduced wages and frozen pensions, which were austerity measures to get € 20 billion in crisis loans from the International Monetary Fund (IMF). The severe corruption was also the cause of the anger. Many were injured and others were arrested during violent protests in the capital Bucharest in January. When the Foreign Minister expressed condescension about the protesters, Prime Minister Emil Boc was forced to dismiss him.

The fight against corruption had some success when former Prime Minister Adrian Nastase was sentenced by the Supreme Court to two years in prison for using public funds in an election campaign.

After continued protests against austerity, Prime Minister Boc resigned in February. Former Foreign Minister Mihai Răzvan Ungureanu was appointed new head of government. His government, however, became only a few months old. The Left Opposition announced a vote of no confidence, and in April the coalition fell.

Social Democrat leader Victor Ponta was given the task of forming a new government. His coalition with social democrats, liberals and conservatives was approved in parliament in May. Because of the domestic press against the government, the IMF agreed on some easing of its terms, such as raising public salaries to the level before the 2010 cuts.

The second half was marked by a bitter power struggle between Prime Minister Victor Ponta (S) and President Traian Băsescu, former communist but now bourgeois. A conflict involved which of them would represent Romania at the EU summit. According to the Constitutional Court, it was Băsescu, but Ponta ignored the court and traveled to Brussels himself.

Ponte’s majority in Parliament replaced the Opposition Presidents and replaced them with coalition representatives. In addition, the government decided to dismiss President Băsescu in national law. He was accused of violating the Constitution and violating his powers when the state budget was cut in 2010. The Constitutional Court tried to impede national law, but the government issued decrees and Parliament voted through the proposal. Developments in Romania worried the EU, and the United States also expressed concerns about democracy in the country.

The decision on national law must be approved in a referendum, and until then the new president of the Senate took over as interim president. When the referendum was held at the end of July, less than 50% of the electorate participated, which invalidated the vote. Otherwise, 87% of those voting wanted President Băsescu to be deposed in national court.

Prime Minister Ponta wanted the Constitutional Court to declare the referendum valid, and the political struggle that followed caused the Interior Minister to resign. When the government was reformed, a Holocaust denier, Dan Sova, received a ministerial post responsible for the government’s relations with Parliament. It provoked outrage both in Romania and internationally.

In August, the Constitutional Court declared that the referendum on national law against the president was invalid, and Băsescu was able to return to office.

In September, the government decided to announce parliamentary elections for December. At the same time, the Constitutional Court declared that Parliament has no right to decide who will represent Romania at the EU summits. According to the court, it is President Băsescu who will do so.

In November, President Băsescu and Prime Minister Ponta met for the first time after this summer’s bitter political battle. They then agreed that Romania would seek new loans from the IMF.

In the recent parliamentary elections in December, Victor Ponta’s Social Liberal Government Alliance USL emerged strong and won its own majority. With over 58% of the vote, USL took 273 of the 412 seats in the Chamber of Deputies. President Băsescu’s right-wing Alliance ARD lost more than half of its mandate and stayed on 58.

Against his will, the president was forced to renew the election of Ponta as the prime minister. When the new government took office in December, Ponta promised to end the conflict with Băsescu. 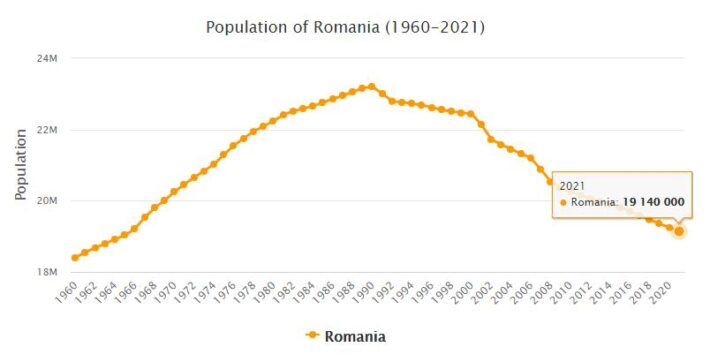