Netherlands. The two-and-a-half-year-old bourgeois minority government resigned in April, after Geert Wilders and his right-wing populist Freedom Party (PVV) withdrew their support. The reason was that PVV did not want to support budget cuts of EUR 16 billion by 2017, which were required for the Netherlands to live up to the EU’s limited deficit requirements.

New elections were announced in September. The election campaign focused on the economic crisis in the EU. The results showed unexpectedly strong support for EU-friendly parties: the right-wing Liberal People’s Party for Freedom and Democracy (VVD), which was the largest in the outgoing government, further strengthened its position and the Social Democratic Labor Party (PvdA) also increased and remained second largest in Parliament.

For the parties on the outer edges, things went worse. The EU-critical and pre-successful Socialist Party (SP) received unchanged mandates, while the xenophobic PVV lost a third of its electoral support and of its seats in Parliament. The VVD’s former coalition partner, Christian Democratic Call (CDA), also lost support.

The election results led the Netherlands to a block-crossed majority government with liberals and social democrats in early November. The CEO’s Mark Rutte returned as prime minister. The new government had a stronger mandate to pursue a strict austerity policy with hopes of thus steering the country out of the financial crisis. The challenges were great; At about the same time as the government took office, reports that the Dutch economy had shrunk by 1.1% in the third quarter. This was the biggest decline among euro area countries.

In April, a court approved the government’s plan to ban the sale of marijuana to foreign tourists. Stores in the border areas were thus obliged to register their customers in order to prevent so-called drug tourism.

The Hague, Dutch The Hague (short form of the official name ‘s-Gravenhage,’ the fence of the count ‘), capital of the province of Zuid-Holland, The Netherlands; 515,000 residents (2015). The Hague is located in the Randstad area, and within its metropolitan area there are several rapidly growing satellite cities, such as Leidschendam, Rijswijk, Voorburg, Wassenaar and Zoetermeer. The city is the seat of the Dutch government and parliament as well as the head of state (constitutional capital is Amsterdam, however). The city also has the International Court of Justice (The Hague Court) and the International Criminal Court (ICC). The Hague is also an important commercial and financial city, a leading congress and conference center and an international center for art trade. Royal Dutch / Shell and several other oil companies have their headquarters in the city. The Hague has almost no heavy industry; About 75 percent of the employed work in the service sector, primarily in the administration. In The Hague there are a number of cultural institutions, for example. the Royal Library (1798),

The oldest parts of The Hague have a medieval town plan, while newer parts have wide avenues and magnificent patrician buildings. Older buildings include the Gevangenpoort gate tower from the 1300s and the Gothic church Grote Kerk. Famous is the Palladian castle Mauritshuis (now a museum with a famous collection of older, especially Dutch painting) from 1633 by Jacob van Campen. In The Hague there are also several of the most prominent functionalist buildings in the Netherlands, for example. HP Berlin building for the Gemeentemuseum (1935) which contains 19th and 20th century art from the so-called The Hague School.

The history of The Hague dates back to the 13th century, when the Countess of Holland built a hunting castle on the site. The Hague eventually became the county’s main residence but lost in importance during the Burgundian and Spanish times, when the administration of the Netherlands was primarily managed from the southern provinces. In connection with the revolt against the Spaniards, The Hague from 1580, as in the 17th and 18th centuries, was one of Europe’s diplomatic centers without formally having city rights until 1811. As king of the Netherlands, Louis Bonaparte moved the seat of government to Amsterdam in 1808, but from 1913 the Hague was again the seat of the Dutch government. Notable peace conferences were held in the city in 1899 and 1907, and from 1922 The Hague became the seat of an international court (from 1945 to 46 the international court). During the Second World War, The Hague was damaged. 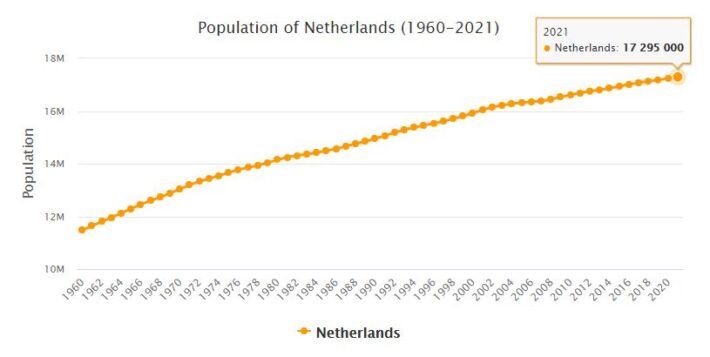