New Zealand is like the earth’s very own geological museum and treasure trove – with green meadows, volcanic mountains, snow peaks in the southern Alps, glaciers, hot springs, bubbling mud fields, clear-water lakes and deep fjords. The Cook Strait separates the North and South Islands of the country. With a tour of New Zealand, you can see the most amazing destinations on both the South and North Islands. Landscapes range from snow-capped mountains to rainforests and sandy beaches.

New Zealand. In February, a year after the earthquake in the country’s second largest city of Christchurch, a government report on the disaster was presented. The report showed that a six-story TV house that collapsed and resulted in 115 people died was misconstrued. Those who built the TV house in 1986 did not follow the building standards that applied for the house to be earthquake safe.

One year after the earthquake, which was measured at 6.3 on the Richter scale, the death toll had been raised from 181 to 185. On the anniversary of the earthquake, February 22, several memorial moments were held for those killed.

The government wants the authorities to be able to intern refugee groups. In May, Prime Minister John Key and Immigration Minister Nathan Guy submitted a proposal to amend the asylum laws. According to the proposal, the authorities would have the right to intern a refugee group of at least ten people for six months. The purpose of the change in law, which was to be discussed further in various instances, was to prevent large numbers of boat refugees from going to New Zealand, which Australia had problems with. No boat refugees had yet arrived in New Zealand, but the issue had been raised in April when a group of Chinese asylum seekers stopped in Australia said they were on their way to New Zealand. The opposition party Labor was opposed to the law change.

Defense Minister Jonathan Coleman announced in September that New Zealand would take its troops home from Afghanistan in April 2013. The New Zealanders are part of the ISAF international security force and consisted of about 140 people in the fall of 2012. About ten New Zealand soldiers had died during the mission in Afghanistan, five of them in August 2012.

Three people died and tens were injured when a tornado swept through Auckland’s suburbs December 6. In addition, many houses were destroyed or damaged. It was the second tornado in New Zealand’s largest city in less than two years.

State and form of government
No written constitution, laws with constitutional character
Parliamentary monarchy (in the Commonwealth)
Parliament: House of Representatives with at least 120 members, election every 3 years Right to
vote from 18 years.

Due to the oceanic influence, New Zealand has a mild climate with warm summers and mild winters. The precipitation is normally between 600 and 1,500mm, but in certain places up to 8,000mm can fall. Temperatures on the East Island range between 8 ° C in winter and 14 ° C in summer, while those on the West Island average between 12 ° C and 18 ° C. Due to the ozone hole, UV radiation in New Zealand has increased significantly in recent years. 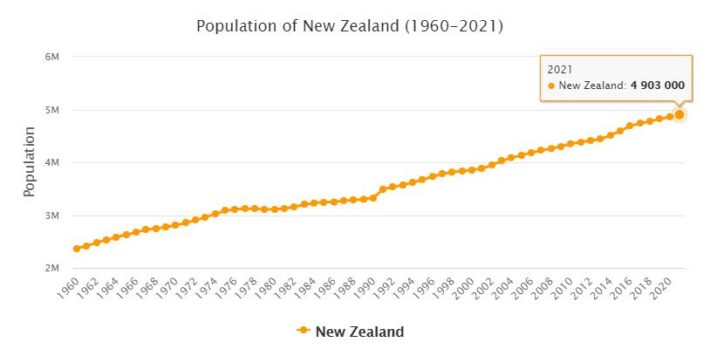