Maldives. In January, the Chief Justice of the Maldives Criminal Court was arrested for ordering the release of incarcerated opposition leader Muhammed Jamil Ahmed, who had been arrested the day before charged with defamation against the government. According to the government, the judge was affiliated with the former Maldives leader Maumun Abdul Gayum, who had ruled the country for 30 years and by many in the outside world was called dictator. The government said that the judge prevented corruption investigations against Gayum’s former employees. The arrest of the judge led to demonstrations, unrest and harsh criticism of President Mohamed Nashid, who won a landslide victory in 2008 when he became the first elected president of the Maldives. Vice President Mohamed Wahid Hassan took the critics’ party and said he was ashamed of the arrest of the judge. The Foreign Minister asked the UN:

Opposition demonstrations became increasingly violent and parts of the police force participated. Some police officers set fire to one of the Maldives Democratic Party’s (MDP) government’s offices and took control of the state television broadcasts. On February 7, President Nashid announced his departure in a radio broadcast to the nation. Afterwards, he told the media that a group of police and military men had threatened him for life if he did not resign. Nashid was replaced by Vice President Wahid, who formed the government.

Nashid appealed to the new president to announce new elections within 60 days to stabilize the situation. First, Wahid rejected the proposal but then said that the ordinary presidential election, which was scheduled for the end of 2013, could be disclosed if the right conditions prevailed. The UN sent representatives who, after talks with both parties, recommended them to form a unifying government. The United States proposed the same because it believed that free elections would be impossible in the Maldives situation. The United States did not approve of the Wahid government, while China and Japan were favorably set. In the West, the resigned President Nashid was seen as a representative of democracy and human rights. In addition, he had made himself known as a champion of the climate issue. Nashid and his party MDP were offered a seat in a unity government with Wahid, But Nashid declined because he, as the president-elect, did not want to be part of a “coup-maker” government. Many of the ministers in Wahid’s government were politicians from Gayum’s time in power. Nashid continued to demand fresh elections. Later, the Commonwealth also appealed to the new leaders to hold new elections by the end of 2012.

In mid-April, President Wahid announced that the next presidential election will be held in July 2013. According to the constitution, it was impossible to hold the election earlier than that, he said.

In July, Nashid was charged with abuse of power for having ordered the arrest of the Chief Judge of the Criminal Court in January 2012. The president risked being sentenced to three years in prison and could not stand in the 2013 presidential election if he was convicted. Nashid considered the prosecution to be politically motivated and continued to demand fresh elections. His supporters also continued to demonstrate with demands for previous elections.

An official investigation, supported by the Commonwealth, on what happened at Nashid’s departure was presented in August. Its conclusion was that Nashid had left voluntarily and had not been forced out by the coup maker, as he himself claimed. The investigation group of five people included a person appointed by Nashid. However, he had left the investigation when he considered it biased. In any case, the investigation criticized the police for brutality against demonstrative Nashidan supporters. Several hundred of Nashid’s supporters went out and demonstrated against the results of the investigation.

President Nashid was arrested in October for failing to attend a court hearing that month and for defying his ban on leaving the capital and traveling to another of the Maldives to speak.

In October, MP Afrashim Ali from the Maldives Progressive Party (DRP) was assassinated. He was known as a moderate Islamist. Who was behind the murder was unknown. 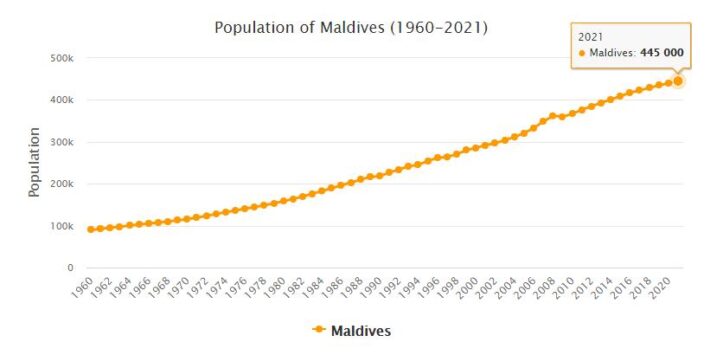