Hungary. The government began the year in conflict both at home and in the EU, which expressed concern for democracy in Hungary. The constitution that came into force at the New Year was met by protests in the capital of Budapest from close to 100,000 protesters, who accused the government of wanting to introduce a one-party state.

In Brussels, the European Commission initiated legal proceedings against Hungary, as the central bank appeared to lose its independence and the judiciary risked weakening. Hungary’s voting rights in the EU were threatened, and one third of the country’s financial EU support was in danger due to the country’s high budget deficit.

The economy deteriorated, the value of the currency forint fell to the bottom level and the interest rate on Hungarian government bonds rose sharply. Hungary needed loans from the International Monetary Fund (IMF) and the EU but refused to bow to the terms of the lenders. The government was partially forced to retreat in the face of EU pressure and abandoned plans to merge the central bank and the Financial Supervisory Authority.

In April, President Pál Schmitt found it too good to resign after a university in Budapest accused him of plagiarizing large parts of his doctoral dissertation. Schmitt refused but could not resist the requirements for departure. Parliament President László Kövér was appointed head of state, and in May Parliament elected former President and EU parliamentarian János Áder as new ordinary President.

Since the economy continued to shrink, Hungary resumed negotiations with the EU and the IMF on crisis loans in July. During the autumn, the government made concessions to the lenders’ demands and waived the idea of taxing the central bank’s financial transactions. As a result, the chances of emergency loans increased.

Both the Hungarian Constitutional Court and the European Court of Justice rejected the government’s lowering of the retirement age for judges and prosecutors from 70 to 62 years. The decision was referred to as age discrimination.

At the beginning of the year, unemployment reached over 11%, and in society an increase in xenophobia and anti-Semitism was noticed. The right-wing party Jobbik held threatening meetings and party leader Gábor Vona explained that Roma who did not adapt must leave the country. A leading politician in Jobbik, who had pronounced himself anti-Semitic, was forced to abandon his mission when it became clear that he was concealing his own Jewish burden.

Hungarian-Jewish author Ákos Kertész applied for asylum in Canada during the year, pointing out that he was threatened in Hungary after publishing an article on the Hungarian involvement in the Holocaust. In July, 97-year-old László Csizsik-Csatáry was arrested on suspicion of contributing to the deportation of more than 15,000 Jews to Auschwitz.

When Jobbiks MP Márton Gyöngyösi proposed in November that the government should draw up lists of Jews, which he thought constituted a security risk, the reaction became fierce internationally, but also in Hungary. The government condemned the statement, and in Budapest a large protest demonstration was held outside Parliament against Jobbik.

The opposition on a united front against Orbán

Opposition parties in various constituencies have stated they will not run in the by-elections, which will see them join forces with Prime Minister Orbán and his conservative Fidesz in the 2022 parliamentary elections. The pact is the most far-reaching cooperation to date between opposition parties and is conditioned by the fact that the law has just been changed to make it more difficult for small parties (see 10 November). The parties in the front will hold joint primary elections to produce candidates with a chance to defeat Orbán’s like-minded people in one-man constituencies. For the mandates that are appointed proportionally via party lists, the parties must line up with a common national list. Restoring the rule of law, including through an independent Supreme Court, and restoring freedom of the press are priority goals, as is stopping mold with, among other things, EU subsidies.

Forcing migrants into transit zones and restricting their opportunities to seek asylum violates EU law. This is the conclusion of the European Court of Justice, which has examined Hungary’s actions in connection with the large influx of refugees in Europe in 2015. The Court touches on a number of details such as that asylum seekers were not allowed to leave custody while their cases were processed and that protection for children and people with special needs. In addition, some asylum seekers were forced into a no-man’s land outside the Hungarian border fence with Serbia. Hungary comments on the ruling by saying that the transit zones are now closed and that today there are other conditions than those criticized in the ruling (see 14 May, but also 30 October 2020).

EU Heads of State and Government agree on the Union’s long – term budget and on the Corona Crisis Fund. A compromise also means that Poland and Hungary, which have threatened to stop decisions by vetoing, say they are satisfied. The crucial issue is that financial support from the EU must be linked to requirements for the member states’ democratic systems (see 5 November). Poland and Hungary are major recipients of money from the EU, but both countries have developed in an authoritarian direction in recent years: governments have strengthened their grip on the judiciary and the media. The compromise at the EU summit is said to be that democratic conditions should be set only for future spending. Without the compromise, the EU would have been forced to adopt a straitjacket budget. 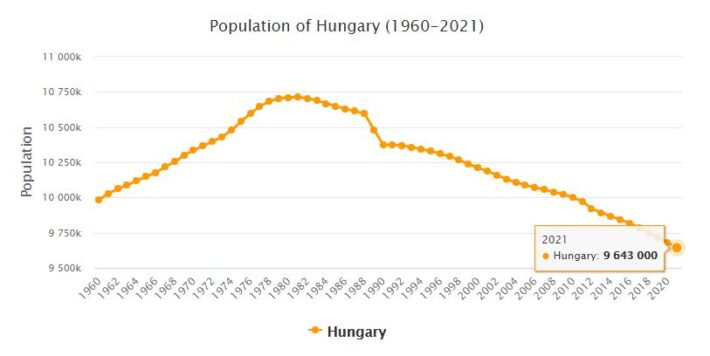