Iceland. Iceland’s fishing dispute with the EU and Norway (since 2010) continued during the year. Iceland claimed that the sharply increased stock of mackerel in the Icelandic waters was due to climate change and elevated temperature in the sea, and that it was therefore natural that the catch quotas accompanied the fish migration to Iceland. But Iceland’s unilaterally raised quota and dramatically increased catches in 2011 led to EU threats of sanctions. In February, the EU Fisheries Commissioner and the Norwegian Fisheries Minister expressed strong criticism of Iceland’s steadfast attitude in the negotiations. According to the EU, Iceland is threatening the long-term development of a sustainable mackerel stock. In September, the EU offered Iceland 7% of the North Atlantic mackerel quota, but Iceland demanded 16%. At that time, the European Parliament decided that sanctions with import bans on Icelandic mackerel and landing bans in EU ports should be resorted to if the negotiations became unsuccessful. The Council of Ministers supported the decision.

Cod, which is Iceland’s most important export commodity, had been steadily increasing due to restraining catch quotas for several years, and in 2012 there was more cod in Icelandic waters than in nearly three decades.

In March, the national court process started against former Prime Minister Geir Haarde, who was accused of neglect in the banking crash in 2008. Haarde denied and saw the trial as political. In April, Haarde was released on three out of four counts but was convicted of not calling for special government meetings during the 2008 crisis. Haarde claimed that the verdict was a violation of the European Convention on Human Rights and took the matter to the European Court of Justice.

China’s Prime Minister Wen Jiabao began his European trip in April with an official visit to Iceland, which does not belong to the EU. This led to a debate about China’s interest in natural resources in the Northern Calotte. A Chinese entrepreneur is in dispute with the Government of Iceland about buying land, which according to some speculation would be the cover for a future naval base and part of a larger strategy on China’s part to gain a foothold in the region.

In June, President Ólafur Ragnar Grímsson was re-elected for a fifth term. He got close to 53% of the votes and defeated his challenger, TV reporter Thora Arnórsdóttir, who got just over 33%.

After several resignations from the left-wing coalition in parliament, the government lost its majority in October and held only 31 of the 63 seats.

During the autumn, the EFTA Court raised the dispute between Iceland, on the one hand, and the UK and the Netherlands, on the other, for compensation to the foreign savers of the bankrupt bank Icesave. Iceland was accused of discriminating against foreign savers. But financially Iceland seemed to be able to resolve the conflict when bankruptcy managers found new assets in Icesave so that the owners could pay compensation. In October, an advisory referendum was held on a proposal for a new constitution that had been compiled by a citizen group in consultation with Icelanders on Twitter and Facebook, among others. Two thirds voted in favor of the proposal.

Unemployment continued to decline during the year and stood at around 5% during the autumn. In addition to good fishing, the important aluminum industry had high world market prices and tourism went well thanks to the low exchange rate of the Icelandic krona. The upturn in the economy enabled Iceland to pay off its international loans early, which further improved the state’s finances. 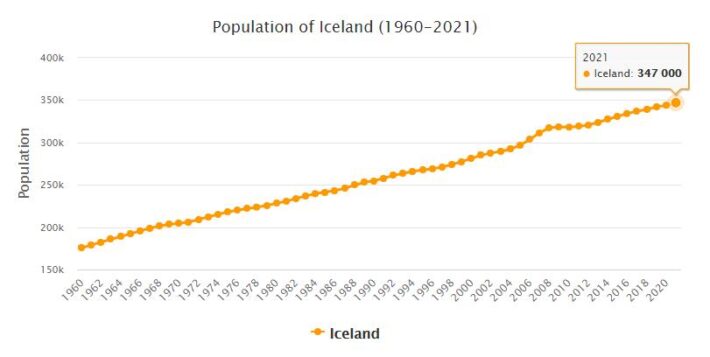