Switzerland. Two thirds of Swiss people said in a referendum in March, no to extended holidays. According to the proposal, the holiday would be extended from four to six weeks. In another referendum, voters said no to an extended ban on smoking in public places.

Official figures in September showed that the country’s growth fell below zero and was now negative. The reason was falling exports due to the continued very strong Swiss franc. The central bank had also warned that the large inflow of capital would cause instability in the country. The Bank’s decision the year before to set a ceiling for the franc in relation to the euro had not been enough to dampen the negative impact of the euro crisis on Switzerland.

However, the same month, the World Economic Forum (WEF) named Switzerland the world’s most competitive economy, for the fourth year in a row. Unemployment was still below 3%.

In November, an environmental group collected enough signatures to create a referendum on immigration. The Ecopop group stated that the aim was to keep the population down to reduce the impact on the environment. Ecopop also advocated that aid money be used for family planning abroad.

A protracted dispute with Germany about the taxation of hidden assets in Switzerland seemed to loosen when the countries signed an agreement on the taxation of German assets in Swiss banks. The agreement would allow Germans with undeclared assets to make a one-time payment of between 21 and 41% of the value. But in November, the German Federal Council voted down the agreement.

Bank giant UBS was sentenced in December by the British Financial Supervisory Authority to pay the equivalent of SEK 10 billion in fines for having manipulated the policy rate Libor in London for several years.

In September 1997, 50.8% voted in a referendum, thus excluding the unemployment insurance cut proposed by the government. According to observers, this result could complicate the planned economic savings policy.

As a result of a scandal involving comprised of multi-million-dollar scams, carried out by a former intelligence service aimed at setting up a secret army, the government suspended the head of the military intelligence, accused of ordering the operation. Minister of Defense Adolf Ogi was made responsible for the investigation and thus advanced first and foremost on the political scene. Under his leadership, the Center’s Democratic Union won the election in October 1999, and Ogi took over the presidential post in January 2000.

In 1998, the state conducted a study that revealed anti-Semitism was increasing in the country as a result of the country’s historical relationship with Nazi Germany and as a result of the policy its banks had towards accounts of Holocaust victims. A January 2000 study by the United States revealed that 16% of Swiss had anti-Semitic attitudes. There was an increase in the situation 10 years earlier.

In his takeover of the presidential post in January 2001, Social Democrat Moritz Leuenberger was harshly criticized by the press and political sectors for the government’s stubborn policy towards the thousands of anti-globalization protesters who had tried to travel to the winter sports resort of Davos, where the world’s economic and political elite since 1971 have been competing at the World Economic Summit. The government had ordered most protesters stopped even before they reached Davos and had set them to cool off in the snow.

In March 2001, a 77% referendum rejected Switzerland’s approach to the EU. The proposal had been tabled by the Socialist Party and youth groups, but was opposed by the Government Coalition, which argued that negotiations could not be opened for accession to the EU before the 2003-07 parliamentary session.

Another referendum in June narrowly agreed that Swiss soldiers could carry weapons during peace missions abroad. The vote also approved that Swiss soldiers can participate in NATO- led training exercises. At this time, Swiss forces participated in Kosova, where they were, however, protected by Austrian forces because the Swiss did not have to carry weapons themselves. The government wanted the military to have the same working conditions as NATO forces. 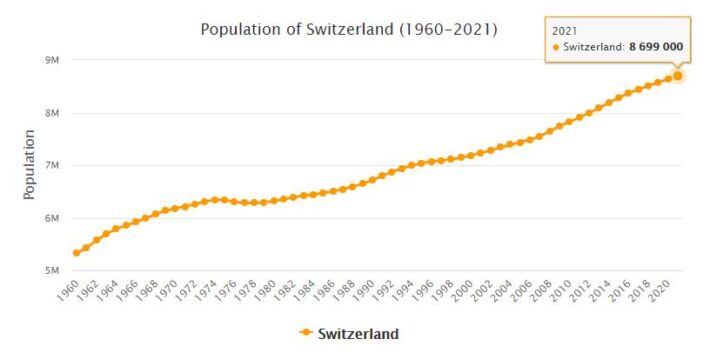