Montenegro. In June, the EU gave the go-ahead to start membership negotiations with Montenegro. The country was considered to have taken great strides in improving the justice system and respect for civil rights.

At the same time, Montenegro was named one of a handful of “mafia states” in the world by the influential magazine Foreign Affairs in the United States. There were suspicions that former Prime Minister Milo Đukanović himself was involved in shady business. A previous investigation by Italian authorities was closed in 2009, when Đukanović, as head of government, had prosecutorial immunity. New data now revealed that most of the assets of a bank controlled by the Đukanović family came from public funds, while most of the loans went to family members and close associates.

Thousands of Montenegrins took part in protests against Đukanović, accused of plundering the country and using the bank as a private ATM.

Parliamentary elections were held in October, six months in advance. The ruling tripartite coalition said it was seeking a new mandate for the EU negotiations. The coalition led by politician veteran Đukanović and his socialist party DPS won their third straight victory since independence in 2006. But for the first time, the coalition did not get its own majority.

In December, a new DPS-led government was formed with the support of small parties in Parliament. Đukanović returned for the sixth time as prime minister, almost two years after he unexpectedly resigned from the post. Igor Lukšić, who has been head of government since then, became a new foreign minister. 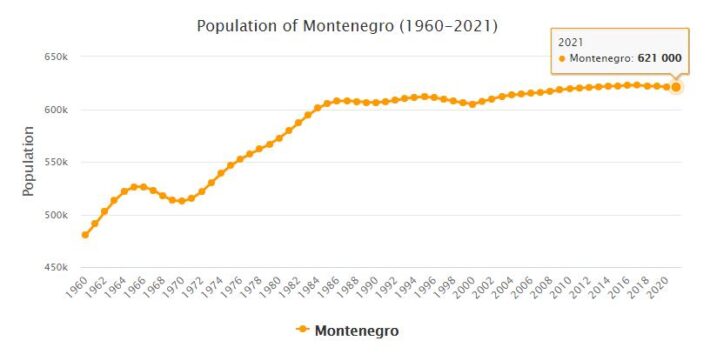 On 13 August 1860 Danilo II was assassinated out of revenge. He was succeeded by his nephew Nicola, who in 1862 defended the country again against an attempted Turkish invasion. Once peace was restored, he began a transformation of the army and established the first secondary schools using financial subsidies made to him by Russia. In 1869 he restrained his people from supporting the Krivošije revolt against Austria; but when in 1875 Bosnia and Herzegovina rose up against the Turks, an agreement with Prince Milan of Serbia to support the revolt: he managed to occupy Nikšić in the interior and reach the sea in Antivari, but in November he had to conclude an armistice and defer to the decision of the great powers.

The Treaty of Santo Stefano (March 3, 1878) recognized the independence of Montenegro, to which it attributed all the territory between the Drina, the Lim and the Alps of northern Albania up to Lake Scutari. The Treaty of Berlin (July 13, 1878) confirmed the recognition of independence, but considerably reduced the territorial enlargements. To the east its frontier, instead of the Lim, followed the Tara to Mojkovac and then continued on Mount Mokra and to the south again included Plava and Gusinje. The Treaty of Berlin also established (art. 29) that Antivarì and the rest of the Montenegrin coast could not be fortified; that the port of Bar and all the waters of the principality, which was not allowed to build a military fleet, were closed to warships of any state, except the

However, the Muslim Albanian population of Plava and Gusinje opposed such fierce resistance that Montenegro was never able to take possession of them: with a further decision of the great powers (April 18, 1880) those two cities were then left to Turkey, and to Montenegro instead Ulcinj was attributed. ; but even this the local population opposed and did not yield until after a naval demonstration by an international fleet.

After that, Montenegro remained at peace for thirty years.