Cuba. On July 22, the leader of the Christian Democratic opposition movement MLC (Movimiento Cristiano Liberación), Oswaldo Payá, died in a car accident. Also in the car was the Swedish Christian Democratic Youth League leader Aron Modig, who survived the crash. For a long time, it was speculated from abroad that the accident was a political attack by the Cuban government on Payá. The government, for its part, claimed that Modig was in Cuba to help with the funding of the MLC and the creation of a Christian youth organization. Both speculations were demented by all parties involved, including: Courageous insisted that the car crash was really an accident.

A major topic of debate at the beginning of the year was the sixth Inter-American Summit in Cartagena, Colombia, in April, to which Cuba is not normally invited and which, through a story of irony, was held the same week as the US embargo on Cuba turned 50 years. No final document from the meeting was ever issued, mainly because all countries except the US and Canada wanted to include Cuba at the next summit, which will be held in Panama 2015.

Pope Benedict XVI visited Cuba in March and held a mass for hundreds of thousands of people at Revolution Square in Havana. In his public statements, the Pope was cautious and pragmatic, and he spoke of the need for both human rights reforms in Cuba and an end to the isolation the country suffered since the US imposed its embargo in 1962.

A week before the Pope’s visit, the authorities had launched an arrest campaign against Damas de Blanco (‘Ladies in White’), a group of relatives of imprisoned political dissidents. 70 activists were arrested, but most were released within two days.

The first major structural change that took place after the Revolution was a land reform (June 1959) in which all property over 40 acres was expropriated, the farmers who leased their land acquired it and 2.7 acres were set as a minimum for family farming.. The landless land workers – approx. ½ million – had few benefits from this first land reform, which only reduced the privately owned share of land ownership to 56%. A new land reform in October 1963 nationalized all properties over 6.7 acres, bringing 72.5% of the country’s agricultural land at the hands of the state. The rest were private small farms – approx. 180,000 – organized in the National Smallholder Federation (ANAP). The majority of coffee, tobacco and vegetable production was in private hands. Large parts of the industry were nationalized in 1960, and in 1962, the state controlled 90% of industrial production, spread across 1,800 factories and with 170,000 workers. The nationalization of other private businesses – small shops, street vendors, etc. – was completed in 1968. The social revolution led to all the basic material needs of the entire population being met quite quickly. The most impressive changes took place in health and education.

Prior to the revolution, the health service was completely organized on the basis of profit motives and was therefore concentrated on the big cities and the high-income groups. A large number of doctors and the vast majority of medical professors fled the country after the revolution. Yet today there are approx. 35,000 doctors in the country – 1 per. 332 residents – compared to 6,000 before the revolution, and socialist medical science is primarily concerned with preventing the major public diseases. It has, therefore, been particularly aimed at the poorest and those living in the villages. All medical and dental treatment as well as all medicines were done free of charge. The new health system was first and foremost based on the construction of a comprehensive system of local polyclinics.

Within the educational system, the main outcome of the revolution was the literacy campaign in 1961. Those who could already read and write were deployed as teachers and sent around the country, and as people learned to read and write, they began as teachers themselves. Teachers lived and worked with farmers, workers and others who were trained, and by the end of 1961 the proportion of illiterate people in the country had dropped from 23.6 to 3.9% (according to UNESCO). Later, the main emphasis was on adult education. By 1966, 10,000 peasants and workers had graduated high school

A fundamental feature of the social revolution was mass mobilization. This was most clearly expressed during the sugar harvest, where all parts of the people participated. The mass organizations were central to the mobilization of the people for revolutionary goals. The most important were the Committees for the Defense of the Revolution (CDR), the Trade Union Movement and the Women’s Federation (FMC). The CDR committees were formed in 1960 to defend against counter-revolutionary forces, but they were also involved in social campaigns such as vaccination campaigns, blood donation, agricultural work, morale campaigns and control of the distribution of rationed goods. 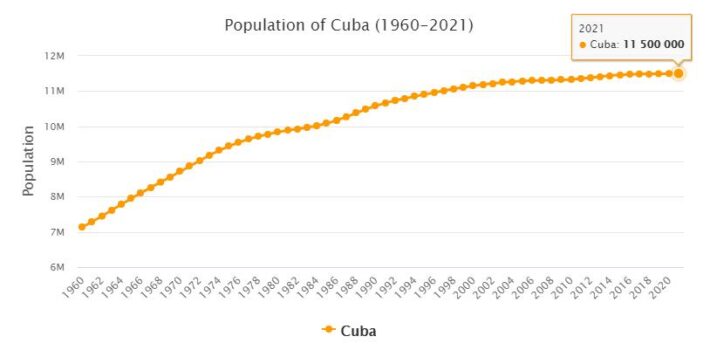