Guinea. Contact between President Alpha Condé and the opposition continued to be tense during the year. The parliamentary elections that should have been held as early as 2011 did not appear to be resolved until early spring 2013, although the president promised in July that it would be held before the end of the year. Several times during the year, riots erupted in the capital, Conakry, when police intervened to stop government-critical demonstrations. The clashes were often given ethnic marks when the opposition was dominated by the Fulani people group, while the security forces were dominated by the Malinke people group, which also belongs to President Condé. At least a hundred people were arrested, most of whom belonged to the opposition party Union of Guinea’s Democratic Forces (UFDG), which was led by Cellou Dalein Diallo who came second in the 2010 presidential election.

In the fall, however, the government and the opposition agreed to appoint a new electoral commission. Its members were appointed in October via decrees from the president, but opposition parties had objections to some of the people appointed to represent them and threatened to go to court. In mid-December, the President of the Election Commission announced that parliamentary elections would be held on May 12, 2013, but problems arose immediately when it emerged that the new election date had not been approved by a sufficient majority of Commission members.

Several steps were taken during the year when it came to bringing those responsible for a massacre of 157 opposites in Conakry 2009 to justice. Many people were injured at the same time and at least 108 women were raped. In February, charges were brought against Lieutenant Colonel Moussa Tiégboro Camara. He thus became the highest ranking person in the junta 2008–09 charged with this. Despite the prosecution, he was allowed to remain as minister responsible for combating drug trafficking and financial crime. In September, a legal process was also initiated against Colonel Abdoulaye Chérif Diaby. According to the human rights organization Human Rights Watch, at least 200 people had been heard in connection with the investigation. However, many of the soldiers suspected of participating in the massacre were still on duty.

In September, Guinea was granted amortization of more than $ 2 billion as part of the International Monetary Fund (IMF) and the World Bank’s heavily indebted countries program.

The government continued its review of government contracts with foreign mining companies that had been concluded by Lansana Conté’s regime and the later military-led governments in 2008-10.

In November, Aïssatou Boiro, a senior chief of the Treasury who investigated several cases of high-level corruption, was murdered in the open street by men in uniform.

At the end of July/August, unrest erupted in the village of Zogota in the south-east when young people destroyed parts of Vales and BSGR’s facilities. When the people of Zogota and Siguiri protested against the mining companies, the security forces intervened, and several people were shot dead. The government initiated an investigation into what happened.

In a major refurbishment of the government in October, three generals had to leave their ministerial posts.

A cholera epidemic, which broke out in February, had claimed at least 120 lives by mid-September, and nearly 7,000 people had been infected. 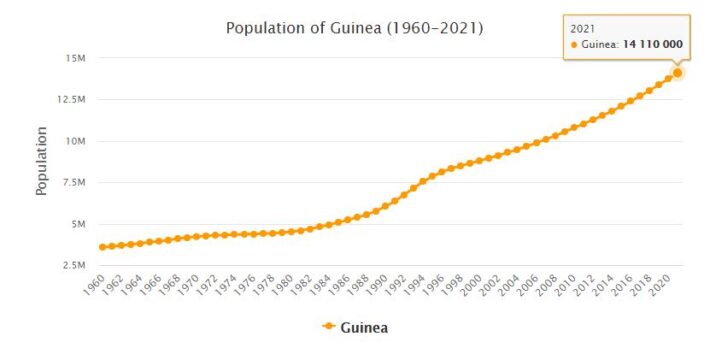