The Gambia. In January, former Communications Minister Amadou Scattred Janneh was sentenced to life imprisonment for preparing a coup to overthrow President Yahya Jammeh. Three other people were sentenced to six years in prison. Janneh, who was Minister of Communications 2005-06, holds American citizenship. He and the others convicted were convicted of high treason and of having printed and distributed T-shirts with revealing text. The jerseys had the text “Coalition to change the Gambia. End of dictatorship now ”.

President Jammeh took up his fourth term on January 19, after winning the criticized presidential election in November 2011. In his speech at re-entry, Jammeh threatened to “obliterate the almost 82%” of the country’s employees he thinks are lazy and not doing their job, but only retrieves salary. Either you work, leave the job or end up in jail, the president reasoned. If the workers did not improve, he would “wipe out” them, he said without explaining further. Jammeh promised to create more jobs for young people and to strengthen the role of women in society. He further said that he would turn Gambia into an economic superpower within five years. Jammeh also promised zero tolerance against corruption and drugs. The popular tourist destination of Gambia has recently become an important transit country for cocaine smuggling from Latin America.

In the March 29 parliamentary elections, the governing APRC (Alliance for Patriotic Reorientation and Reconstruction) won big and received 52% of the vote, giving the party 43 of the 48 electoral seats. Six opposition parties boycotted the election because they felt it was settled in advance and that the government had used state funds to influence voters. About half of those entitled to vote participated in the election. The boycott meant that the ruling party lacked opponents in more than half of the electoral districts. The Opposition Party NRP (National Reconciliation Party) and some independent candidates ran for election. The NRP got a seat in Parliament and the independent candidates got four seats.

In June, a former Gambian Minister of Justice, Fatou Bensouda, took over as new Chief Prosecutor at the International Criminal Court (ICC) in The Hague.

At the end of August, nine convicted prisoners were executed despite appeals from the African Union, among others. President Jammeh had said in a televised speech that all 47 prisoners sentenced to death in Gambia would be executed in August and September. According to a Gambian pressure group, many of the condemned were political prisoners, many of them military and civil servants convicted of high treason since Jammeh took power in 1994 in a military coup. The death penalty had been abolished by Jammeh’s representatives, but reinstated by Jammeh in 1995. According to Amnesty International, no executions had been carried out in The Gambia for 27 years before the nine prisoners were killed. The death penalty was, according to Amnesty, a well-known tool against the political opposition in The Gambia.

The executions were harshly criticized by other human rights groups, EU Foreign Minister Catherine Ashton and AU President, as well as Benin President Thomas Boni Yayi. They appealed to Jammeh to stop the executions. Two of the executed were from neighboring Senegal, which Senegal’s Prime Minister Abdoul Mbaye strongly protested. Via Gambia’s ambassador to Senegal, Mbaye asked that a third sentenced Senegal would have his sentence converted to life imprisonment. The criticism took effect. In mid-September, Jammeh announced that the executions would be halted, and he admitted it was due to the domestic and foreign protests and appeals. However, he added that the country would execute executions again if the crime in the country does not decrease.

A new Gambian opposition group, called the Gambia National Transitional Council (CNTG), was formed in Senegal in September. Group leader Sheikh Sidia Bayo said that CNTG would form an exile government in Senegal to fight the dictatorship in Gambia. The goal was to get Jammeh out of power and end a regime that did not respect human rights. 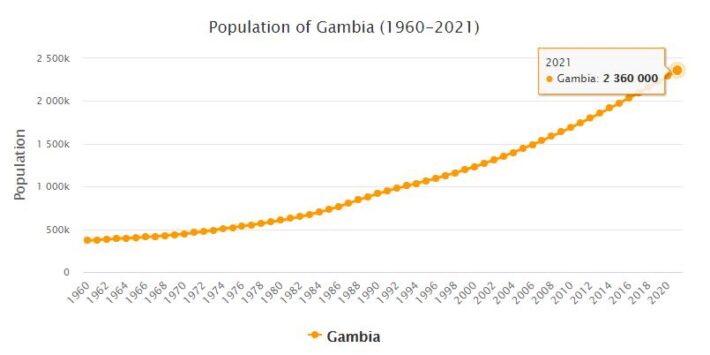