Venezuela. On October 7, President Hugo Chávez was re-elected with a good margin for another six-year term with 55% of the votes cast. In only two of Venezuela’s 23 states, Mérida and Táchira, did he lose to opponent Enrique Capriles of the opposition alliance Democratic Alliance Round Table (MUD), which received 44% of the vote. The turnout was high, around 81%, and Capriles quickly recognized Chávez’s victory. A week after the election, the government was reformed and Foreign Minister Nicolás Maduro became vice president.

However, President Chávez’s health deteriorated markedly during the year and rumors occasionally surfaced that he would have died. In February, he underwent another cancer operation in Cuba, and after the fourth operation in November suffered such complications that a constitutional crisis arose around the question of whether he could be sworn in in January for a new term after the victory in the presidential election. The Supreme Court’s interpretation of the constitution that the inauguration ceremony could be postponed until he recovered created great irritation within the opposition, which also repeatedly complained during the year that the government did not speak the whole truth about Chávez’s state of health.

The regional elections on December 16 also saw great success for Venezuela’s United Socialist Party (PSUV). The party, which already held the governor post in 15 of the country’s 23 states, lost power in two states (Amazon and Lara) but won over the opposition alliance MUD in a total of 20 states. The opposition retained power in Miranda, where presidential candidate Capriles won. However, turnout was only 54%. PSUV also got the majority of seats in the state parliaments in all states except the Amazon. The elections were conducted in the shadow of President Chávez’s deteriorating state of health, and Capriles complained that PSUV used it to emotionally blackmail voters.

A major public success for President Chávez was Venezuela’s entry into the South American common market Mercosur in late July. This is in line with Chávez’s political rhetoric but has been questioned by other member states, especially Brazil and Paraguay.

US President Trump threatened to invade Venezuela in August. Both Secretary of State Tillerson and his security advisers tried to talk him off the plan. In vain. Only when the president of the United States sound states in Latin America a few weeks later also turned his thumb down to Trump’s proposal, it was abandoned. (Trump repeatedly suggested invading Venezuela, stunning top aides – report, Guardian 4/7 2018)

In November, the EU adopted a series of financial sanctions against Venezuela. The occasion was the October regional elections which showed that the country was not collapsing, but that the ruling party continued to have significant support for the population despite the severe economic crisis, the US and EU destabilization. It was predominantly a political statement. The EU banned weapons sales to Venezuela’s military and security forces, but most of its weapons are bought in Russia and China. The EU’s concern was not democracy. EU member states sell for billions of dollars a year US $ weapons to Saudi Arabia, using them in the international war to fight Yemen.

In the municipal elections in December 2017, the ruling PSUV won in 308 out of the country’s 335 municipalities, in 21 out of the 23 state capitals, including Caracas. The opposition was divided. The 3 major parties in the MUD boycotted the election, while the smaller parties participated. The turnout was 47.3%. The election campaign was violent. Several of PSUV’s candidates were shot by the opposition.

Maduro won the presidential election in May 2018 with 67.8% of the vote against 20.9% for Henri Falcón. A number of smaller opposition parties had previously announced that they were boycotting the election. The voting percentage dropped to 46% against 79.7% at the last presidential election in 2013. The EU, the US and a number of other countries working for regime change in Venezuela refused to accept the election result. The EU imposed sanctions on the country as early as February, and since 2000 the United States has spent hundreds of millions of dollars. US $ to destabilize the country. A few days later, Venezuela’s most important diplomat, Todd Robinson, threw out of the country for conspiring against the Venezuelan government. The two countries had not had mutual ambassadors since 2010. (Venezuelan president expels top US diplomat, Guardian 22/5 2018.Venezuela: Maduro hails election win but world leaders threaten sanctions, Guardian 21/5 2018) 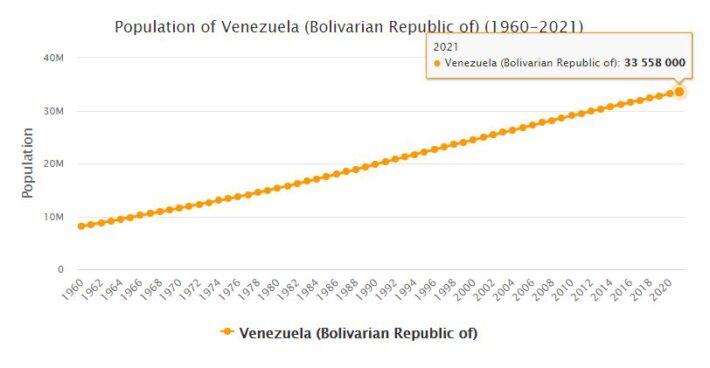