Tonga. Tonga’s King George Tupou V died March 18 at a Hong Kong hospital, 63 years old. At the funeral a week later, the king’s coffin was carried from the palace to the royal burial ground by over 1,000 coffin carriers dressed in black shirts and traditional bastards. The streets were bordered by people from the public. Some foreign political leaders also attended the funeral. A grief period of three months was announced. The direct cause of death was not announced, but the king had been ill before and had removed a kidney, among other things.

George Tupou V was succeeded by his little brother, Crown Prince Tupouto’a Lavaka, who was given the royal name Tupou VI. The new king, who was 52 when he took office, had held various ministerial posts previously, including as prime minister. Tupou VIwas described as more conservative than his big brother, but he was still expected to continue the democratization process Tupou V had begun. Tupou V had been king since 2006, when he inherited the throne of his father. By the end of the 1990s, he had begun a process from absolute monarchy to increased democracy. In 2010, the Tongans had to elect their parliamentarians for the first time, the fold meant the end of 165 years of feudal rule. The king had also made himself known for his eccentric habits: he liked military uniforms, often wore monocles and drove around in a black London taxi. 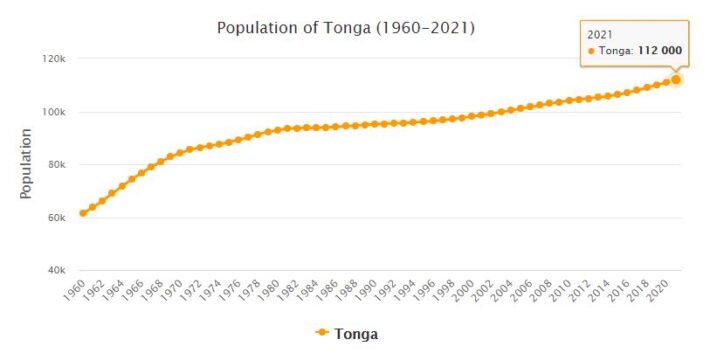 Tonga, the last hereditary monarchy of the Pacific, is an archipelago of about 150 islands, of which only about forty are inhabited. A Catholic country, with a population mainly of Polynesian origin, it was an English protectorate (without however ever having undergone a real colonization) until 1970, the year in which it gained independence. The political system remained virtually unchanged until the beginning of the twenty-first century, maintaining the absolutist structure that allowed King Taufa’ahau Tupou IV to reign since 1965 without facing forms of popular dissent. The institutional architecture required the king to be in office for life and appoint the prime minister. At the same time, the nobility held control of the legislative assembly, appointing 21 out of 30 deputies, including 12 ministers. The population, on the other hand, elected the remaining nine members by universal suffrage every three years. A first push for popular emancipation from monarchical subjection was provided in 1992 by the birth of the Pro-Democracy Movement. Some members of the movement would have formed, in 2010, the Tonga Democratic Party, whose leader ‘Akilisi Pōhiva is the current prime minister. In 1999 the movement organized a big one convention which gave rise to a series of requests to the king, in particular the promulgation of a more democratic constitution. Drawn up in 2003, the new Constitution did not, however, change the institutional structure, leaving the power of the monarch unchanged. The lack of democratic opening of the monarchy provoked the first extensive protests in 2005. In 2007, two months after the death of King Taufa’ahau Tupou IV and with the accession of his son Siaosi Tupou V to the throne, real riots broke out. urban. The new sovereign agreed to give life to an agenda of democratic institutional reforms and set up a commission for the revision of the Constitution. The most significant changes were the renewal of the electoral system and the reduction of the king’s powers. In the November 2010 elections, with a turnout of 90% of the population, citizens were able to elect 17 of the 26 deputies of parliament (the rest remain the prerogative of the nobility). Lord Tu’ivakano was appointed premier. In March 2012, upon the death of Tupou V, Prince Ulukalala Lavaka Ata, brother of the deceased king, ascended the throne with the name of King George Tupou VI. In December 2014, following the previous month’s elections, he assumed the post of Prime Minister ‘Akilisi Pōhiva, the first not belonging to the nobility.