Sudan. The division of the country continued to characterize political and economic development. Trouble ensued over transit fees on oil that South Sudan exports through Sudan. South Sudan accused Sudan of stealing oil and shut down its oil production in January. Sudan claimed that the neighbor did not pay fees. With the divide, Sudan lost three quarters of its oil production. Transit fees were therefore an important source of income for Khartoum.

Border battles broke out shortly after the countries signed a non-assault pact in February. Struggles occurred in the southern Sudanese border town of Jau and Sudan was accused of bombing oil fields in South Sudan. Khartoum claimed it was a response to South Sudan’s shooting of the oil-rich Heglig area in the state of South Kurdufan.

The conflict led President Omar Hassan al-Bashir to cancel a visit to South Sudan at the end of March. Shortly thereafter, South Sudan Heglig, which accounts for half of Sudan’s oil production. After international pressure, South Sudan withdrew while Sudan claimed to have driven out the South Sudanese.

The UN Security Council called for a cease-fire on May 2 and the parties would resolve their contradictions within three months, otherwise they risked sanctions. Sudan resumed oil exports from Heglig while South Sudan withdrew troops from the border.

In June, the government adopted a tight budget including significantly reduced fuel and food subsidies. This triggered protests that were brutally turned down, which was criticized by human rights groups. The president reformed the government in July and reduced the number of deputy ministers to save money. Inflation in October was about 45%.

President al-Bashir met with the President of South Sudan in July. The meeting in Ethiopia was their first since the fighting broke out. Negotiations continued via mediators. The countries agreed on August 4 on oil transit fees, two days after the UN deadline.

The countries continued, without real success, to negotiate the stretch of a demilitarized border zone. With the demilitarization, South Sudan could not support rebel movements such as the SPLM-North (Sudanese people’s liberation movement) in southern Sudan, Khartoum considered. A cooperation agreement was concluded at the end of September, but SPLM-North promised to continue its fight and claimed in November that a government plan was shot down.

However, the September agreement was not implemented, but a meeting between al-Bashir and South Sudan’s president was planned in early 2013.

The dispute over the border area Abyei also remained unresolved. The oil-rich area had been provisionally placed in the north prior to the division. The countries remained in disagreement over who would take part in a referendum to determine its status. In May, Sudan withdrew forces from the area, which are guarded by peacekeeping Ethiopian forces. In a televised speech in November, the president promised that Abyei would remain part of Sudan. The speech was held in Saudi Arabia where he had undergone a “minor operation”.

Concerns also occurred in the Darfur region in the west. In fighting with the Sudanese army, more than 50 members of the JEM rebel group (the Justice and Equality Movement) were killed in July. The UN peacekeeping force UNAMID warned of the escalation of violence. The International Criminal Court (ICC) in The Hague called on Defense Minister Abdelrahim Muhammad Hussein as a suspect for war crimes and other crimes in Darfur during 2003–04 when he was Minister of the Interior. Al-Bashir is also wanted by the ICC, but he nevertheless visited among other things. Egypt during the year. However, the African Union (AU) decided to move a planned summit from Malawi to the AU headquarters in Ethiopia when Malawi did not want to invite al-Bashir.

Several Western embassies in Khartoum, including Germany, were attacked in September in connection with protests in the Muslim world against a controversial film that was believed to slander Prophet Muhammad.

An explosion destroyed an arms factory on the outskirts of Khartoum in October. Sudan accused Israel of the air strike, which claimed two lives. Israel has not commented on the task. 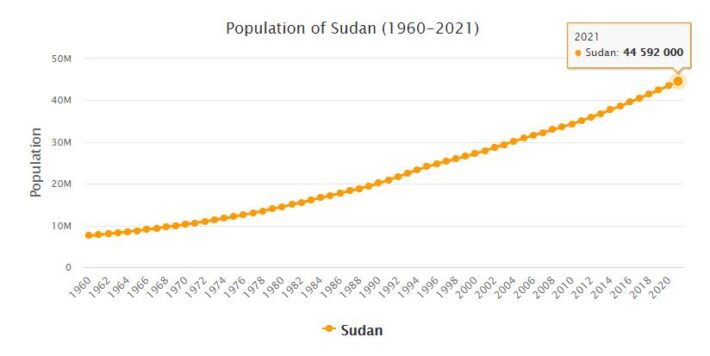