Slovenia. Drummer Zoran Jankovič and his newly formed party Positiva Slovenia failed at the beginning of the year to form government. The assignment then went to former Prime Minister Janez Janša, who was the second of the December elections. Janša, leader of the right-wing party of the Slovenian Democratic Party (SDS), was approved by Parliament and a new government coalition of five middle-right parties was formed in February.

Jankovič was arrested for questioning in September, suspected of corruption in connection with the construction of a sports arena. His home and workplace were also searched. Jankovič, who was mayor of the capital Ljubljana, denied all charges.

The country was hit by one of the more difficult recessions among euro area countries. The new government decided on tough austerity measures. Protesters met in the fall with police in connection with protests against cuts and alleged corruption.

In elections to the mainly ceremonial presidential post, former Socialist Prime Minister Borut Pahor triumphed over incumbent President Danilo Türk. In the second round of elections in December, Pahor won with 67% of the vote. 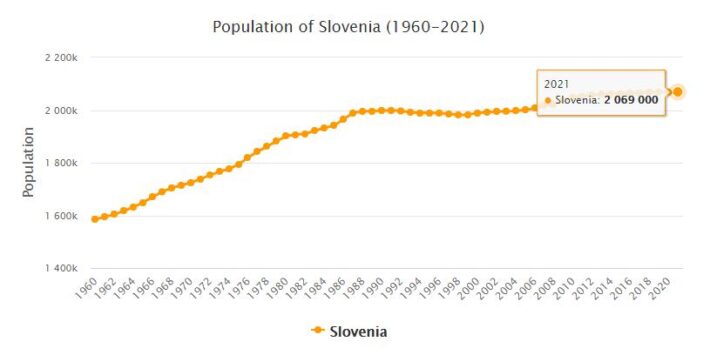 Cinema. – “Although it is difficult to denote a national ‘specificity’ in Slovenian cinema” (S. Furlan, The Slovenian film scene, in Alpe Adria cinema, festival catalog, Trieste 1990, pp. 42-43), over the last fifteen years, after the period of readjustment following independence from Yugoslavia and the economic crisis that accompanied the country’s entry into the European Union, the cultural identity of the small Slovenian Republic, halfway between Central European and Balkan influences, experienced and found expressive forms that a new generation of filmmakers has been able to articulate with originality and ingenuity.

The beginning of the new millennium was marked by the directorial debut of two different leading figures in today’s Slovenian cinema, Miha Hočevar and Jan Cvitkovič. The first made a small independent film in 2000, Jebiga (Vaffanculo), a cynical and brilliant comedy that revealed to the attention of the public and critics the productive talent of a mainstream author who over the years has hit the box office with two youthful comedies. have become very popular ( Gremo mi po svoje , 2010, Let’s do it their way, and Gremo mi po svoje 2, 2013). The second, Cvitkovič, after being an actor and screenwriter of the most interesting of the Slovenian films of the nineties, V-leru (1999, In ​​folle) by Janez Burger, made his first film as director, Kruh in mleko (2001, Pane e latte), which was awarded at the Venice Film Festival as best first film, revealing himself to be a rigorous and important author, in poised between black humor – as he will demonstrate more openly with the subsequent Odgrobadogroba (Odgrobadogroba – From grave to grave), in competition at the 23rd Turin Film Festival in 2005 – and aesthetic-philosophical reflection (Arheo, 2011, known with the title Archeo).

In 2005, the great old man of Slovenian cinema, Matjaž Klopčič (1934-2007), signed his latest work, Ljubljana je ljubljena (Ljubljana the beloved), about the Italian occupation of Ljubljana during the Second World War. A work of extraordinary visionary strength and radical political vision that has had very little circulation outside national borders, to which it is hoped time will give it its rightful place within the history of European cinema. In 2006, after twenty years of inactivity, Bostjan Hladnik, another master of Slovenian cinema, also passed away.

The beginning of the second decade of the 2000s marked a new vitality in Slovenian cinema. Vlado Škafar, co-founder of the very lively Slovenska Kinoteka (Slovenian Film Archive), after his ‘Herzogian’ debut with Peterka (2003), started a trilogy on the family – Otroči (2009, known as Letter to a child), Oča (2010, Papa) and Mama (2015, Mamma) – of great poetic intensity. Davorin Marc, with over one hundred and fifty films shot in Super8 and 16mm since the 1980s, is experiencing a particularly happy new season, just remember the latest Piknik (2014).

Also worth mentioning is the collective Obzorniška Fronta (News reel Front) formed by the young artist and filmmaker Nika Autor, author of the remarkable documentary V deželi medvedov (2012, In the land of bears), and by Marko Bratina, Jurij Meden and Ciril Oberstar, who together they have produced numerous works including Karl Marx med nami (2013, known as Karl Marx among us), Filmski Obzornik 55 (2013, known as Newsreel 55) and Newsreel 57 – We should ask ourselves (2014).

In the field of animation cinema, at least Špela Čadež (his Boles, 2013, Tronchi, won several awards) and Dušan Kastelic, who with Čikorja an ‘kafe (2008, A chicory coffee) showed an exceptional quality in the use of 3D. Karpo Godina, despite the partial inactivity of production in recent years, remains a reference for the new generations, so much so that an original film-tribute by the young Matjaž Ivanišin in Karpopotnik (2013) has been dedicated to him.

In Italy it was released in theaters in 2014 Razredni sovražnik (Enemico di classe) by Rok Biček, “edited by Janez Lapajne, director and producer as well as editor – a film in which we regret to recognize a great misunderstanding ‘of quality’ and presumed unscrupulousness . Unfortunately, we consider it a desolately false film from which Slovenian cinema should guard itself rather than elect it as a model for its ‘capacity for pleasure’ “(SM Germani, What have you got girl? Images of Slovenia,” Il manifesto “, 23 January 2015).

In Slovenia the feature films officially produced each year are in the order of ten, including several European co-productions.