Serbia. In March, the EU decided to grant Serbia status as a candidate country, and there were hopes that membership negotiations could begin in 2013.

President Boris Tadić resigned unexpectedly in April, almost a year in advance. As a result, it became a new presidential election at the same time as the parliamentary elections in May. Tadić’s purpose was supposed to be to strengthen the chances of the Democratic Party (DS), which was a leader in the government coalition. EU friend Tadić ran for re-election in the presidential election and was favored.

But in the first round, Tadić got about as many votes as the closest challenger Tomislav Nikolić. In the second round, Nikolić rallied and won with just over 51% of the vote against just under 49 for Tadić. Nikolić had lost the 2008 election against Tadić, but then left the ultranationalist SRS and formed the SNS, a more downtrodden nationalist party. Former Russian-friendly Nikolić now called himself an EU friend.

The outside world, however, looked anxiously at Nikolić’s victory. It was reinforced when he said that the 1995 massacre in Bosnian Srebrenica was not a genocide and claimed that Croatian Vukovar was a Serbian city. His first trip abroad also went to Moscow, not to Brussels.

In the parliamentary elections, SNS became the largest and Tadić’s party DS the second largest. In third place came the Socialist Party, former leader Slobodan Milošević’s old power party. Government formation dragged on in time. Tadić tried to form a new coalition, but failed. Finally, the assignment went to Socialist Party Ivica Dačić, who was Deputy Prime Minister and Minister of the Interior in the outgoing government. Thus, for the first time since Milošević was deposed in 2000, the Socialist Party resumed the government post. Only at the end of July, almost three months after the election, was a new coalition government, dominated by nationalists and socialists. The new government said that the road to EU membership was firm. Like the previous government, the new opposition resisted all ideas of recognizing Kosovo’s independence.

Nevertheless, Dačić attended a meeting with Kosovo’s Prime Minister Hashim Thaçi in Brussels in October. It was the first time the heads of government in the two states met, which was seen as a breakthrough. Both parties were pressured by the EU to at least try to normalize relations.

In June, the Belgrade Criminal Court sentenced former soldiers and militia members to prison for up to 20 years for brutal murders of 70 ethnic Croats in 1991, when the disintegration of former Yugoslavia began. The trial was seen as an important test for the Serbian judiciary and its ability to convict Serbs for war crimes. 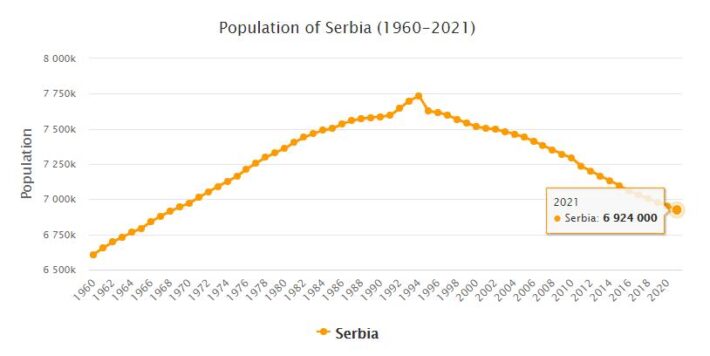