Portugal. At the beginning of the year, Portugal’s credit rating was lowered by two steps by the Standard & Poor’s credit institution. But the country was not alone; Cyprus, Italy and Spain also received lower credit ratings with two steps. Portugal’s GDP shrank 2% in 2011, and at the beginning of the year, the recession was expected to continue with a 3% GDP fall in 2012. Unemployment in Portugal was 14% at the end of the year.

In March, the European Commission asked the European Court of Justice to impose a fine of the equivalent of SEK 400,000 per day for Portugal because it does not comply with EU rules on telecommunications services. Indeed, Portugal has granted the former state monopoly Portugal Telecom exclusive rights in the market until 2025, which excludes competitors.

In April, the Portuguese authorities decided not to resume the investigation into the British girl Madeleine McCann, who disappeared in May 2007 while on vacation with her parents in southern Portugal. British Scotland Yard had requested that the case be resumed.

In July, the International Monetary Fund (IMF) approved a new disbursement of emergency loans to Portugal of EUR 1.48 billion, corresponding to almost SEK 13 billion. The disbursement will come after Portugal submitted a new report on how the budget cuts have progressed. The IMF praised Portugal, saying that the country is now on the right track and that the 2012 budget target appeared to be within reach.

Several forest fires raged in the country during the late summer months of August and September, and Portugal was forced to ask for EU assistance with the extinguishing work. Among other things, it burned north of Lisbon, where a firefighter died. The Algarve and Madeira were also affected.

The economy in crisis Portugal continued to decline, according to the INE Statistics Office. During the third quarter, the country’s GDP shrank by 0.9% compared to the previous quarter and by 3.5% compared to the same quarter in 2011. The country’s government expected GDP to fall by 3% in 2012. This meant that the country was in its deepest recession since the 1970s.

One of this year’s cultural capitals was Portuguese Guimarães in the northern part of the country, which has a castle from the 9th century. Among the Portuguese, Guimarães is known as the country’s first capital. In 2001, the center of Guimarães was included in the UNESCO World Heritage List. 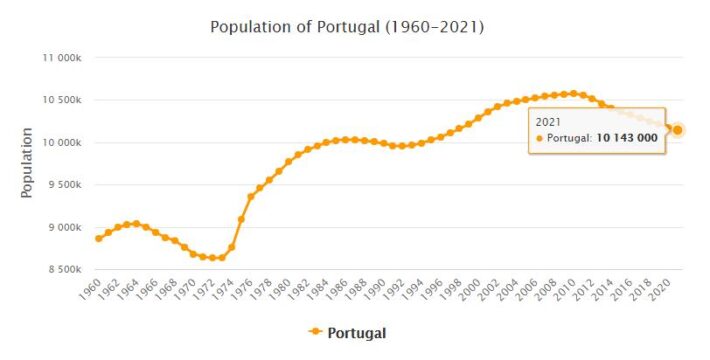