Poland. Poland was severely affected by the cold wave over Central Europe at the beginning of the year. Over 50 people froze to death, and many of them were alcohol-affected as they slept in the cold. Prime Minister Donald Tusk urged the municipalities to depart from their rules and admit alcohol-affected persons into the night shelters.

Poland has signed the EU target of reducing greenhouse gases by 20%, but has blocked the proposal to go further and reduce by 25%. In March, Poland vetoed the EU strategy on how the reduction should be implemented. The motivation of the Polish government was that the country’s economy would be damaged.

Poland has the EU’s fastest growing economy and the power that drives growth comes from fossil fuels. Coal accounts for about 93% of Poland’s electricity. One fifth of the country’s electricity is produced in Elektrownia Bełchatów, Europe’s largest and most polluting cogeneration plant. The company that owns the power plant plans to invest more than $ 100 billion from 2012 to 2035 to reduce its share of coal to 38%.

In May, the Polish Parliament approved a proposal to raise the retirement age. This means that most Poles will only retire at age 67, while the current retirement age is 60 for women and 65 for men. The retirement age is to be gradually increased and reach 67 years for men in 2020 and the same for women only by 2040. Women will be able to take part pension at 62 years if they have worked for 35 years. Men can do the same at age 65 if they have worked for 40 years. It was a compromise for Prime Minister Tusk to receive support from the Polish Peasant Party in the coalition for the new Pension Act.

The union bitterly resisted and threatened strike during the European Football Championship. The increase in retirement age is part of the tangible tightening that Prime Minister Tusk’s government is taking to reach the goal of reducing the budget deficit to just 1% by the end of the current mandate period, 2015.

When Poland and the Russian Federation met in the Warsaw Football Championships in June, riots and violence erupted among the supporters before and after the match. 157 Poles and 24 Russians were arrested by the police. The street battles arose when thousands of Russian supporters marched through Warsaw.

Poland decided during the year to grant amnesty to immigrants who have been in Poland for more than four years. More than 8,500 people living illegally in the country accepted the offer of a two-year residence permit and work permit. Poland is estimated to have around 40,000 immigrants living in the country without a permit.

Prior to the European Football Championships, the construction of the Warsaw-Berlin motorway was completed, which, as well as the construction of a ring road around the capital and a metro, received EU funding. According to the government, since 2008, 1% of GDP growth has been through EU cohesion funds and structural funds, and almost 300,000 jobs have been created in that way. The EU funds must be matched with their own investments, which has contributed to Poland’s per capita GDP growing from just over 40% of the EU average at the time of entry into the EU in 2004 to almost 70% in 2012. According to the government, it would have taken Poland two decades to achieve the same own hand.

1994 was marked by constant conflicts between the president and the government. The conflicts did not particularly change economic liberalization policy, although some reforms were slowed to reduce their social impact. The former Communists’ return to power was complete when Aleksander Kwasniewski in November 95 defeated Walesa by 52% of the vote in the second round of the presidential election. The outgoing president had based his campaign on anti-communism, and with his support for the “Christian values” insisted on the necessity of maintaining the ban on abortion.

In January 96, the communist Prime Minister Jósef Olesky was forced to resign after the Interior Minister accused him of acting as a stalker for the Soviet KGB. The following month he was replaced by Wlodzimierz Cimoszewicz.

Right-wing parties united in anti-communism and social conservatism formed a new coalition led by Marian Krzaklewski. It was named Solidarity’s Election Campaign. In the 97 parliamentary elections, the coalition defeated the ruling SLD by 33.8% of the vote, and chemical engineer Jerzy Buzek of Silesia was named prime minister. It was he who shaped the economic policy of the coalition.

Economic growth was 7% in 1997, making it the sixth year of growth, but at the same time it was estimated that the increase in consumption was mainly due to the increasing prevalence of loan offices.

Poland’s desire to apply for membership in the EU sparked some debate in 98. Partly about the modernization of agriculture – one of the demands of the EU – and partly about the use of the subsidies Poland would receive if necessary. In February 1999, 409 parliamentarians voted for the country’s accession to NATO. Only 7 voted against.

The economic reform policy the government implemented to pave the way for the country to join the EU, threw thousands into unemployment and was extremely unpopular. In September, more than 30,000 peasants and workers staged a protest demonstration in Warsaw, accusing Prime Minister Jerzay Buzek of ignoring the country’s financial problems. At the same time, they called for the acceleration of elections.

In April 2000, Buzek stated that Poland now met all the criteria and was ready for accession in the EU, but negotiations are lengthy and it is doubtful whether the country will be able to be admitted by 2003.

During the October elections, Kwasniewski became the first elected president to be re-elected since the transition to democracy, receiving 54% of the vote. His closest opponent, Adrei Olechowski, had to settle for 17.3%. The election also marked Lech Wales’s withdrawal from politics. He didn’t even get 1% of the vote.

The lowest voter turnout in the country’s history was recorded the following year in the parliamentary elections, when it reached only 41%. A host of corruption scandals during the Solidarity government’s tenure and the miserable economic situation – especially in rural areas, led anti-European movements and groups to emerge. Thus, Andrzej Lepper’s Self Defense Movement (MAD) got 10.2% of the vote. The ultra-Catholic also went ahead: their League of Polish Families got 7.87% of the vote. The Social Democracy (ADI) got 41% of the vote and thus became the victor of the election. It formed a coalition government with the Peasant Party (PSL) and in October a government could be formed with Leszek Miller as prime minister.

Miller declared from the start that he would not get bored at the Prime Minister’s post. The main immediate challenges were resolving the state’s economic crisis, accelerating economic growth and bringing the accession negotiations to an end to the EU. Ifht. the last issue was to pose a serious problem to the Farmer Party, as its support is based on the opposition to the EU, which was particularly present in rural areas. At the EU summit in Copenhagen in December 2002, Poland was one of the 10 countries included in the list of countries to be included on May 1, 2004.

Germany and Austria demonstrated early resistance to opening their borders to workers from the new Member States, and a transitional arrangement was therefore decided in the EU to keep workers of the new Member States out for 7 years. It merely increased opposition to the EU in Poland. In the countryside, on the other hand, the “invasion” of residents of other European countries – especially Germany – was feared, as agricultural land in Poland is 30 times cheaper than in other parts of the EU. Therefore, in April 2002, Poland reached an agreement with the EU that EU citizens from other countries cannot buy land in Poland until 12 years after its accession. Still, for example, Danish farmers after taking up land in the country.

In May 2002, the authorities of the southern Malopolska region registered the first case of madness in the country. Poland exports meat to the EU and will therefore, for the next 30 months, subject all its cattle to continuous control.

On May 1, 2004, Poland, along with nine other Central and Eastern European countries, joined the EU. That same month, Miller resigned and left the prime minister post to former Finance Minister Marek Belka. He secured himself in June by a vote of confidence in parliament.

In June 2005, a number of heads of state from around the world met in what was once the Nazi concentration camp in Auschwitz for the purpose of marking the 60th anniversary of the liberation of the camp. Even though the US today runs a concentration camp in Guantanamo, also the president of the superpower participated in the selection.

Warzaw Mayor Lech Kaczynski of the Conservative Party of Law and Justice became president after winning the second round of elections in October 2005. He got 54.04% of the vote, winning his candidate Donald Tusk from the Citizens’ Platform. Kaczynski’s election pledge had focused on tax cuts and a new “morally renewed” Poland, designed to protect workers’ rights and develop the welfare state.

In December, Kwasniewski dismissed news reports that the CIA was running secret terrorist prisons in Poland. That same month, Kaczynsky took over the presidential post and declared shortly afterwards that Poland would continue its presence as part of the Iraqi occupying power – at least until the end of 2006. At the same time, he declared that the number of soldiers would be reduced from 1,450 to 900. 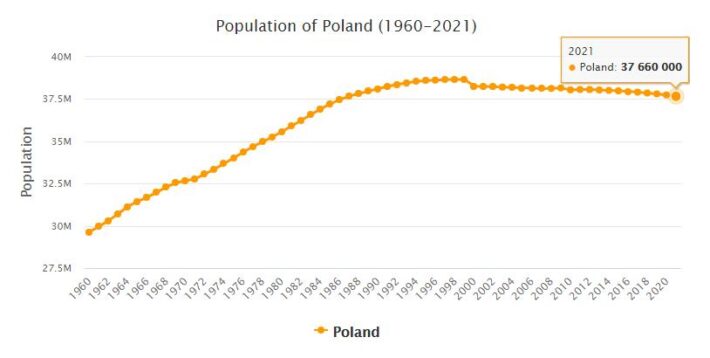