Oman. Oppositionists continued to demand reforms of various kinds during the year. Much of the opposition to Sultan Qabus ibn Said was practiced on networking sites on the Internet, but demonstrations also occurred. The newly formed Humanitarian Initiative for Human Rights in Oman (HIHRO) carried out a sitting strike on June 1 in the government headquarters in Muscat demanding that three people arrested in connection with a strike among employees of the semi-state oil company PDO be released. The three activists had gone to the Fahud oil field in May to show their support for striking oil workers. 400 oil workers were laid off for striking but later got their jobs back. A number of bloggers who criticized the government for its failure to implement promised reforms were arrested in May and June, according to their lawyers, without knowing what they were accused of, and 22 protesters were arrested a few days later in connection with a protest operation outside a police station in Muscat. Also in the port city of Sohar during the summer demonstrations were held in protest of the high unemployment. In total, it was reported in November that 42 opposites had been arrested since 2011.

In June, Omani police and military arrested at least 835 refugees from Africa along the country’s coast. A further 115 were arrested inland for missing ID documents. The authorities announced that the arrested would be deported to their home countries. 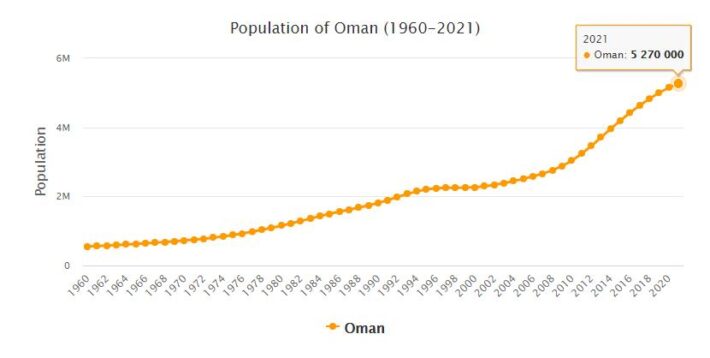 Oman has a population of nearly 4 million. More than 30% of the residents are immigrants : a decidedly high figure, although not as high as that of other Gulf countries such as Qatar, Kuwait and the UAE. As a legacy of the country’s merchant tradition, which exercised an important control over the trade routes between Asia and Africa in the seventeenth and eighteenth centuries, Oman resides a very diverse population from an ethnic point of view. It includes, in addition to the Arabs, Baloch, African and Asian minorities. From a demographic point of view, the population is very young and more than 80% of the residents are under the age of 35.

In recent years, the government has embarked on a path of reforms in health and education, in which the country has made significant progress: average youth literacy stands at 97%, with a slight imbalance in favor of women. Oman has never had a real Constitution. However, in 1996 the sultan issued the so-called Basic Law, which defines the institutional and legal characteristics of the country and establishes that Islamic law, sharia, is the only source of law and Islam the state religion.

In the political landscape there is no room for organized opposition and the internal dialectic is almost non-existent. Although the sultan is a figure loved by the people, in recent years there has been criticism for the repression that has crushed some free expressions of opinion. In June 2012, several arrest warrants and sentences were issued by the authorities against bloggers and human rights activists. In March 2013, surprisingly, the official apologies from the sultan reached the condemned. But the crackdown on free speech was later resumed with further arrests. Women’s rights and gender equality have improved in recent years. In 2004, for the first time, the sultan appointed two women ministers to his new executive.