Norway. In March, Kristin Halvorsen resigned as leader of the Socialist Left Party (SV) after leading the party for 15 years, sometimes with great success. Audun Lysbakken was elected new party leader, who had just been forced to resign as Minister of Gender Equality since his ministry paid out grants to organizations and groups with links to the minister and the party. SV was in a deep crisis with unusually low opinion figures.

Islamist leader Mulla Krekar was sentenced in April to five years in prison for murder, terrorist threats and solicitation. Among those who he threatened with murder were the Right Leader Erna Solberg. The Kurdish mullet, which is seen as a security risk in Norway, immediately presented new threats to Norwegian politicians online.

But the mass murderer Anders Behring Breivik wanted the mole as a witness in his trial. According to Breivik, they both had the same worldview, namely that the Western countries are at war with the Muslim countries and that a Muslim conquest threatens Europe.

The support the Labor Party and Prime Minister Jens Stoltenberg received in opinion after Breivik’s terrorist attacks in 2011 fell gradually. In opinion polls in the spring and summer, Høyre became the largest party, and the bourgeois opposition was clearly larger than the red-green coalition. A survey during the summer gave Høyre a full 32%, while the Labor Party got about 30%. In addition, a majority, 46.2%, wanted Høyre’s leader Erna Solberg to become prime minister after the fall of 2013. Jens Stoltenberg was supported by 42.1% who wanted to see him continue as head of government.

The trial of the mass murderer Anders Behring Breivik began in April and lasted for ten weeks. In its closing plea in June, the prosecutor argued that Breivik must be considered ill and therefore should be sentenced to closed psychiatric care. The defense, on the contrary, said that Breivik was sufficient when he committed his acts of terror and that the punishment should become a prison. Forensic psychiatry was divided on this issue.

In August, the report came from the government’s July 22 commission, which went through the authorities’ actions following the terrorist attacks in Oslo and Utøya on July 22, 2011, when a total of 77 people were killed. The Commission criticized the police for bad organization, poor preparedness, lack of procedures, non-functioning communication and lack of judgment among individual employees.

The Commission felt that Breivik could have been stopped earlier if the police had had better organization in their work. The police could have acted faster on Utøya, according to the report, and the bomb against the government headquarters had never had to detonate if the safety regulations had been followed.

The report was debated in the Storting but had no direct political consequences. However, it led to the resignation of the country’s police chief.

At the end of August, the verdict against Anders Behring Breivik fell. The court declared that Breivik was punishable by criminal law, and he was sentenced to the strictest sentence of the law. That meant 21 years in prison with the possibility of extension five years at a time as long as he is considered a danger to society. The court’s ruling was welcomed both by the victims’ relatives and by public opinion.

In September, Prime Minister Jens Stoltenberg conducted a surprising government reform, in which Foreign Minister Jonas Gahr Støre had to change to the problematic Ministry of Health and was succeeded as Foreign Minister by Espen Barth Eide, former Minister of Defense. Political judges believed that the transfer of Støre could be a sign that Stoltenberg was preparing for his own retreat and that Støre would be trained in domestic politics to become the Labor Party’s prime ministerial candidate in the 2013 parliamentary election.

In Norway, the tourism industry accounts for approx. 4% of the gross domestic product and generates annual values ​​of close to NOK 70 billion (gross product). In total, the tourism industry employs about 150,000 people. Many are part-time employees, and converted to normal man-years this amounts to approx. 126,000 man-years (2003). The industries are particularly important for employment in the districts, and in some regions up to 20% of the employment is related to tourism. The Norwegian tourism industry consists mainly of small and medium-sized enterprises. Almost 30% of the total tourist consumption takes place in Oslo and Akershus, followed by Hordaland, Oppland and Rogaland. A majority of workplaces in the hotel and restaurant industry are located in or near the cities. In the districts, tourism often represents important jobs, but these are less stable and more seasonal than in central regions. (Source: Action Plan for the tourism industry 2005.)

Developments in the Norwegian tourism industry were positive for most of the 1990s, but in 1998–2003 the number of arrivals from abroad decreased by 17%. At the same time, the total number of guest nights at Norwegian hotels went down by 5%. In 2004, the trend reversed, and the number of hotel guest nights ended this year at the same level as in 1998. In terms of the number of tourist arrivals in 2005, Norway saw a growth of 6% from 2004, which is on a par with international growth in the tourism industry.

In 2004, Norwegians aged 16–79 years of approx. 5.8 million holiday trips with at least four nights; Norway is the most important holiday destination for Norwegians, and in 2003 78% of the population traveled on holiday in Norway. Norwegians are still the largest customer group for the Norwegian tourism industry, but the biggest growth potential is among foreign tourists. In 2005, there were a total of 26 million commercial guest nights in Norway. Foreigners accounted for 7.5 million guest days, while Norwegians accounted for 18.5 million guest days

In 2005, for the first time, there were more than 17 million guest nights at Norwegian hotels: The number of foreign hotel guest nights was approx. 5 million, while traffic in the domestic market passed over 12 million. Germans accounted for 810,000 overnight stays, Brits for 602,000 stays and Swedes for 619,000 stays.

Cruise traffic has increased significantly in recent years. In 2005, about 242,000 foreign tourists with cruise ships came to Norwegian ports, and these made a total of about one million daily visits. Car traffic has also had a strong increase; In the summer of 2005, almost 50,000 foreign motorhomes were registered on Norwegian roads. Around 40% of motorhomes were German.

The Ministry of Trade and Industry is the Ministry of Trade for Tourism in Norway. Under the ministry is the state special law company Innovation Norway, which will help to develop the districts, increase innovation in business and profile Norwegian business and Norway as a destination. Important for marketing Norway as a tourist destination is Innovation Norway’s travel portal portal visitnorway.com, which has 20,000 pages in 11 languages. Besides Innovation Norway, is Norsk ReiselivsForum(NRF) and the Travel Industry Section of the Trade and Service Industry’s head office (HSH) (formerly the National Association of Travel Companies) are important trade organizations for the tourism industry in Norway. Through the tourism industry, regional companies and destination companies, the tourism industry collaborates on, among other things, the production of joint services and their marketing. Such community networks are increasingly based on themes, such as cycling tourism in Norway or the Norwegian mountains. Collaboration between actors in the primary industry and tourism has also increased in recent years, not least in the area of rural tourism (also called agrotourism). (See also Norwegian Rural Tourism and Farm Food.) 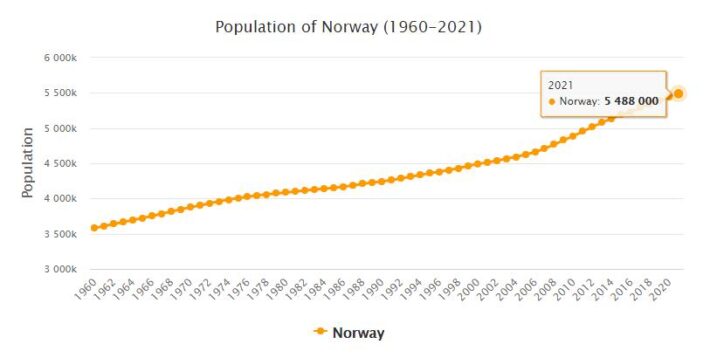