Nicaragua. In the municipal elections held on November 4, the ruling party won the Sandinista Front for National Liberation (FSLN) big. No less than 134 of Nicaragua’s 153 mayoral positions are now held by the party, including the capital Managua and all 17 provincial capitals except one. The victory in Managua was devastating; FSLN candidate Daysi Torres won no less than 83% of the vote, and in León the victory was even greater, 87%. In total, FSLN received 75% of all votes cast in the municipal elections.

As has been the case on a regular basis since President Daniel Ortega came to power in 2007, the elections were filled with allegations of electoral fraud by both the domestic opposition and the United States, with violence, riots and demonstrations as a result and political concerns over the credibility of the election process. In the Matagalp province, clashes between protesters and police led to deaths. The police’s actions were also criticized by the opposition as a reflection of the fact that the FSLN has dominated the judiciary and the Electoral Commission since the 1980s. However, there was never any mention of international reprisals, such as after the 2008 election, when the US and the EU suspended aid to Nicaragua pending investigations into electoral fraud.

In early June, President Ortega announced plans to revive the more than 100-year-old idea of ​​creating a water link between the Caribbean and the Pacific. The project would involve the construction of a canal from Lake Nicaragua to the west, but also that the San Juan River would become an important sea route to the east, creating concern in neighboring Costa Rica, with which Nicaragua has a border dispute in the area. In early July, Congress approved the project, which is estimated to cost $ 30 billion.

In the 2006 election campaign, Ortega addressed a wider section of the population than before. Revolutionary anti-US rhetoric was toned down and Catholic values ​​made important, and with the victory of Liberals Eduardo Montealegre in the 2006 presidential election, the FSLN and Ortega returned to the government offices. The minority government made serious compromises, including with the conservative part of the Catholic Church. Shortly after the 2007 takeover, a total ban on abortion was introduced.

The Sandinists attempted to reverse the effects of the 1990s and 2000s liberalist policies, which proved difficult. Events such as hurricanes, floods and financial crises put further constraints on the government’s room for maneuver. The government agreed to change the focus of trade and foreign policy from the United States to Venezuela. According to FSLN’s electoral victory, Nicaragua became more strongly linked to Venezuela and the rest of the ALBA countries, both economically and politically. This cooperation materialized in economic agreements between the countries (especially in the oil and energy sector), and the ALBA countries have on several occasions collaborated on foreign policy matters in the UN, the OAS and other supranational forums.

Compromises, hardships and crises did not seem to weaken the government. The local elections in the autumn of 2008 gave the Sandinist regime for approx. 2/3 of the country’s municipalities; including Managua and Leon. This election was highly debated and the opposition, local and international election observers, national and international press came up with strong allegations of electoral fraud. The controversy surrounding local elections led to the cessation of aid from, among others, the US, the EU and some other countries, such as Norway.

In recent decades, Nicaraguan politics has been characterized by corruption and corruption charges. Arnoldo Alemán, who was president from 1996-2001, was convicted of grievous corruption after he resigned as president and received a sentence of 20 years unconditional imprisonment. This verdict has been downgraded on several occasions, through political negotiations, and Alemán was released in February 2009; formally acquitted of all charges.

In 2011, Daniel Ortega was re-elected president, in a highly contested election. Article 147 of the 1995 Constitution stated that the incumbent president could not stand for re-election, but in October 2009, the Nicaraguan Supreme Court ruled that this article was no longer applicable. The political opposition, national and international press claimed that this Supreme Court decision was made after pressure from Ortega and was illegal.

The Sandinist leadership is accused of a failure to distinguish between the state apparatus and the party. The paper states Nicaragua state power is divided into three independent institutions, the legislative, the executive and the judiciary, but according to the opposition, national and international press, the independence of these institutions is non-existent, and it is claimed that it is the FSLN leadership with Ortega at the forefront, which largely determines the decisions of all three institutions.

In December 2014, Ortega took the first spade in a controversial channel project to link the Atlantic to the Pacific. The planned channel must be 259.4 km long and be a competitor to the Panama Canal. The channel project is heavily debated because of the intervention in the local environment. Land expropriation has already been announced, and one is discussing potential environmental damage.

The project has also been debated due to a lack of transparency about the economy. The Sandinist government presents this as a prestige project aimed at improving Nicaragua’s economic situation, while opposition politicians and large parts of the national and international press argue that this is a project that will be devastating for Nicaragua’s further development. Many also ask questions about the project’s implementation possibilities. 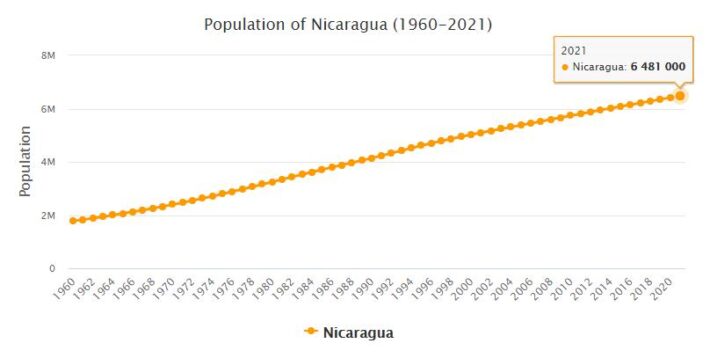