Nauru. In February, Nauru became the first Pacific nation to be authorized by the International Seabed Authority to prospect for seabed metals. The license was granted to a Nauru company, which at the end of the year would begin the search for copper, manganese, cobalt and nickel in the water off Nauru.

In June, President Sprent Dabwido fired the entire government, seven months after he formed it. Instead, he set up a new government with several opposition politicians. Kieren Keke became Foreign Minister, Roland Kun Finance Minister and former President Marcus Stephen was appointed Minister of Commerce. The reason for the government reform was that Dabwido had a hard time getting through some draft constitutional reforms that had been debated in Parliament for several years. The proposals included, among other things, increasing the parliament from 18 to 19 members, that the Speaker would not be appointed within Parliament and that the audit would be strengthened. However, Dabwido did not get through the reform proposals with the new government either.

In August, Nauru signed an agreement with Australia to reopen the disputed refugee camp, which had been closed four years earlier. The camp, where Australia sent some of the boat refugees to the country, had been closed by the Australian Labor Government in 2008, but was now opened by the same government in consultation with the Naurus government. The reason was that the number of boat refugees to Australia had increased, and with the camps in Nauru and Papua New Guinea, people wanted to discourage people from making the dangerous boat trip to Australia. The refugee boats are often substandard and overcrowded, and many drown on the road. According to the government, the refugees would expect to sit in the camps for five years, pending their asylum applications. Nauru was paid to house the refugees and the camp also gave jobs to some Nauru.

The first refugees, some 30 men from Sri Lanka, were flown to the camp in mid-September. In the beginning of November, a hunger strike broke out in the camp, which then had over 370 refugees, most from Sri Lanka and Afghanistan. According to refugee lawyers, about 300 took part in the hunger strike, which was carried out in protest of the slow asylum process and the poor conditions in the camp. The detainees lived in tents waiting for permanent buildings to be completed.

In mid-November, the UN High Commissioner for Human Rights, Navi Pillay, visited the camp she criticized sharply. She said the hunger strike was “a sign of the unbearable conditions” in the camp.

Naurus President Dabwido strongly criticized the UN’s lack of climate policy at the General Assembly meeting in New York in September. Dabwido spoke for Nauru and 19 other developing countries that are already threatened by climate change, partly because of rising sea levels. The countries, which include Fiji, Tonga and Tuvalu, among others, claimed that they had alerted about the acute climate situation a long time ago but that the outside world had chosen not to act. 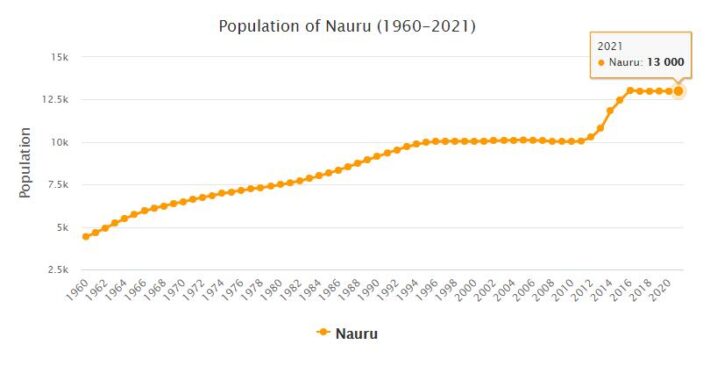