Mexico. On July 1, presidential and congressional elections were held, which may well be described as historic. The old power party, the Institutional Revolutionary Party (PRI), which completely dominated Mexican politics for 70 years but lost its presidential power for the first time in 2000, returned to the presidency after twelve years. The party’s candidate, Enrique Peña Nieto, who led an alliance with Mexico’s Green Ecological Party (PVEM), won just over 38% of the cast, while his main rival Andrés Manuel López Obrador from a left-wing coalition led by the Democratic Revolutionary Party (PRD), received 31.6%. The candidate for the National Action Party (PAN) came in third place. However, López Obrador did not approve of the election results and youth movement Yo Soy 132 immediately conducted street demonstrations in protest of Peña Nieto’s victory.

Peña Nieto assured that PRI, which made itself known for seven decades as a powerful and corrupt party, changed after twelve years in opposition. However, his official installation as newly elected president December 1 was surrounded by protests and unrest.

In the newly elected Congress, PRI failed to achieve its own majority, either in the Senate or in the Second Chamber, but together with the alliance partner PVEM and the small New Alliance Party (PANAL), PRI controls exactly 251 of the 500 seats in the Second Chamber. Other parties may support PRI on specific point issues, e.g. the proposal to open for private investment in the state oil company Pemex, for which the PRD has stated.

In the seven governor elections held July 1, PRI won the biggest victory by winning in Mexico’s fourth largest state, Jalisco, which PAN governed since 1995, and in Chiapas PVEM won its first governor post ever. The parties managed to retain the governor’s posts in Guanajuato (PAN), Yucatán (PRI) and Mexico City (Distrito Federal), PRD. In the state of Tabasco, PRI lost power for the first time in 83 years.

On February 19, a riot broke out among the prisoners in Apodaca prison outside the city of Monterrey demanding the life of 44 prisoners, the worst prison massacre in Mexico’s history. Otherwise, however, the violence statistics showed a declining trend for the first time ever. Kidnappings and murders in the most violent cities showed a slight decrease compared to the previous year. Organized crime also suffered setbacks through the arrest of Jorge Eduardo Costilla Sánchez, “El Coss”, leader of the criminal organization Golf Cartel.

The United States conquers half of Mexico

In 1845, the United States annexed Texas, leading to the severing of diplomatic relations with Mexico and to border disputes when the United States claimed that the Texas border was at Rio Bravo, despite the fact that it had historically been Rio Nueces, which was further north. In 1846, US President James Polk tried to force a border agreement and at the same time buy the state of California, but both were rejected by Mexico. Polk therefore ordered his troops to occupy the area between the Bravo and Nueces rivers. It triggered a war that was won by the United States two years later. The victors annexed the territories north of Rio Bravo, paid $ 15 million and took on another 3½ million, corresponding to claims by North American citizens against the Mexican government. The war cost Mexico half of its territory.

In the period 1821-50, Mexico had 50 different governments. The instability was not resolved, although elections were made. As in other Latin American states, the bourgeoisie split into two parties – one liberal and one conservative. However, the Liberal election victory of 1857 consolidated the republic and created the basis for worldliness and free economic activity. Individual liberties were formed and the church property was expropriated. But the Conservatives intervened with the church’s support for weapons and threw the country into civil war – the so-called Reforma.

In 1861, Juárez won the war and reestablished national unity. However, his decision to suspend public debt payments triggered an armed invasion on the part of France, England and Spain. The latter two withdrew, but the French established a monarchy in an attempt to balance the US influence in the area. Austrian Archduke Maximiliano was crowned emperor, but due to the patriotic resistance, the republican armies were quickly reassembled, and in 1867 Juárez was re-elected as leader.

In 1871, the newspaper El Socialista was founded. It was led by typographer Juan de Wata Rivera. On September 10, this newspaper published as the first in Latin America the statutes of the First International. In 1876 General Porfirio Díaz took power and retained it until 1911. He had participated on the Liberals’ side in the fight against the French invasion forces. In the decade after 1910, Mexico experienced one of the most violent social upheavals of the 20th century. The Porfirio Diaz dictatorship had led a conservative and capital-friendly policy. Railways, power plants and ports were expanded on the basis of foreign capital. Within the mining industry, which was the country’s most important, 85% of investments came from abroad. Enormous lands were transferred from public ownership to private property in the years around 1900 – predominantly to large landlords. There were individuals who acquired 40-50,000 km2. At the same time, the main problem of the villages was precisely the lack of land. Police and military were protecting the government from wage demands from workers and from land claims from small farmers. 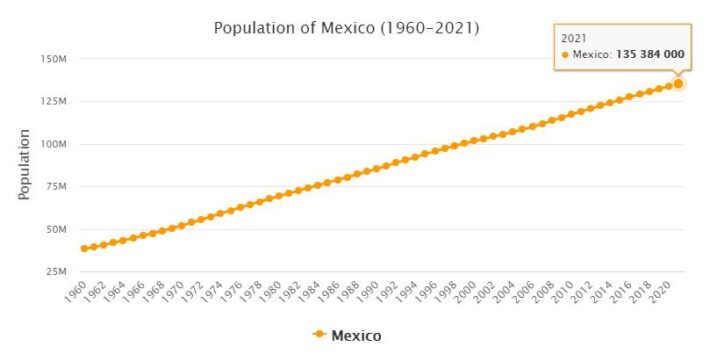