Liechtenstein. In a July referendum, 76% of voters said no to a constitutional amendment that would have deprived the prince of the right to veto legislative proposals passed in referendums. Thus, the successor Prince Alois could remain as deputy head of state; he had threatened to resign if voters voted for the constitutional amendment. The background was a campaign for increased democracy, triggered by the fact that Alois had threatened to stop the legalization of abortion the year before, in connection with another referendum. However, the voters themselves said no to abortion. 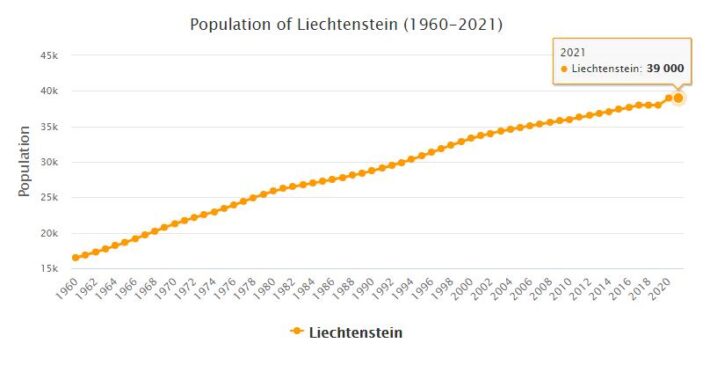 Liechtenstein is a Central European state, located on the Rhine to the S of Lake Constance, between the Austrian federal state of Vorarlberg to the N and E, and the Swiss cantons of St. Gallen to the West and Grisons to S.

The country , very mountainous in the south-eastern part (offshoots of the Rätikon, culminating in Mount Naafkopf, 2570 m), opens towards the Rhine in a wide alluvial plain where grandiose dejection fans spread, particularly favorable to crops and settlement.

The annual population growth coefficient is 1.3% (2000-05). Over a third of the resident population is made up of foreigners. The prevalent religion is Catholic (76%). Other centers, besides the capital, are Nendeln, Schaan, Triesen, all located on the edges of fans.

The principality’s economy is very prosperous, as evidenced by the very high GDP per capita, the very low unemployment rate (1.5% in 2007) and inflation effectively zeroed (1.2% in 2005). Already an essentially agricultural country, industry and services have developed considerably. Breeding is flourishing (cattle, pigs, sheep), which has vast meadows and permanent pastures. The industrial sector, in addition to the traditional textile and food branches, has highly specialized plants in the engineering, chemical-pharmaceutical, optical instruments and dental prostheses sectors. However, the greatest contribution to the economy of Liechtenstein is provided by financial and credit activities, as well as by tourism. A considerable inflow of capital also comes from being located in the country, for tax reasons, the registered offices of numerous foreign companies. Despite the very close customs and monetary ties with Switzerland, since the early 1990s, Liechtenstein has shown a decisive orientation towards the European Union and in 1995 it became part of the European Economic Area; this orientation led the principality’s authorities to implement serious measures to combat financial crime (money laundering) and to accept in 2009 the international standards for tax transparency established by the OECD.