Latvia. In January, new figures came out about the severe population decline in the country. The result from the 2011 census showed about 2,060,000 residents. As a result, the official figure had shrunk by 13%, more than 300,000 people, in just over a decade. In poor eastern Latvia, the Latgal region has lost every fifth inhabitant. Birth rates are lower than death rates, and hundreds of thousands of Latvians have emigrated during the 2008 crisis years.

According to Eurostat (EU Statistics Office), population growth means that Latvia will receive the EU’s highest share of pensioners in the future. The prognosis is that 68% of the people are pensioners by 2060 against every quarter of the population today. According to demographers, immigration is the solution, but surveys showed during the year that residents of Latvia are more skeptical of immigration than any other people in the EU. Only 19% of Latvian people believe that immigration enriches the EU’s economy and culture, compared to over half of all EU citizens.

In February, a referendum was held on the proposal that Russian should become official language alongside Latvian. About 75% of the voters rejected the proposal. It was the Russian minority that propelled the referendum through signatures from at least 10% of the electorate.

The referendum stirred up sentiment and increased polarization in Latvian politics between the close 60% of the Latvians and just under 30% of the Russians. Parliament adopted a declaration that the Latvian language as the only official language is inextricably linked to Latvia’s national identity. Almost all Latvian-speaking members voted for the declaration, while the Russian-speaking people did not participate.

Many litters saw the Russians’ election campaign provocative. The hunting general Vladimir Linderman was called “a Jewish revolutionary on his way to a gas canister with a burning match”. Linderman stated that he had been subjected to death threats.

In June, Minister of Justice Gaidis Bērziņš, the National Alliance, resigned. He said he was against the government’s proposal to appoint a new commission to investigate compensation to the Jewish communities in Latvia for property deprived of them during the Nazis during World War II. He accused Prime Minister Valdis Dombrovskis of giving in to Jewish lobby groups and said the issue was already sufficiently investigated. In September, Parliament passed amendments to the Citizenship Act. Among other things, non-citizens must promise to ensure that their children learn Latvian and become loyal to the Latvian state in order to obtain citizenship. The OSCE (Organization for Security and Cooperation in Europe) Commissioner for Minorities protested and demanded that all children born after independence in 1991 should automatically become citizens.

Latvia had the highest economic growth in the EU during the first half of the year. GDP then increased by close to 5% compared to the same period last year. However, the economy had not returned to the level before the outbreak of the financial crisis in 2008. The Government expected to keep the budget deficit at a maximum of 3% in 2012. Parliament decided that the income tax should be reduced gradually from 25 to 20% between 2013 and 2015.

Latvia replaced its currency with Euro on 1 January 2014. It was without the great popular support. A December 2013 survey found that 52% of litters were against the introduction. Only 44% were for.

In the October 2014 parliamentary elections, the right-wing coalition parties went ahead, while the large Social Democratic opposition party Harmony went back 7 seats to 24. Prime Minister Straujuma’s own Unity Party went up 3 seats to 23 and the Union of Greens and Peasants went 8 to 21.

The country still discriminates against the large Russian minority and the Roma of the country are subjected to both discrimination and harassment. Although GDP has grown since 2011, unemployment is still high at 9.6% in 2014.

In June 2015, the parliament elected 55 votes out of 100 Defense Minister Raimonds Vējonis as the country’s president. At the same time, Vandjonis was chairman of the Greens. Upon his accession, he stated that he wanted to improve relations with Russia.. but that it was not possible for as long as Russia continued to have rockets and heavy weapons in Ukraine. Together with the other Baltic countries, Latvia in 2015-16 pressed NATO against the Alliance to set up the Baltic as a counterpart to Russia.

Likewise, in June, Parliament passed a number of amendments to the Education Act, which imposed a ” moral ” education on schools based on the constitutional values ​​of the country, which encompasses a definition of marriage as a union between men and women. The change in the law reflected a sharp confrontation with the country’s LGBT people. The country still lacks explicit protection of LGBT people from discrimination and abuse. Latvian NGO Mozaika recorded 14 assaults on LGBT people in the first 9 months of 2015. 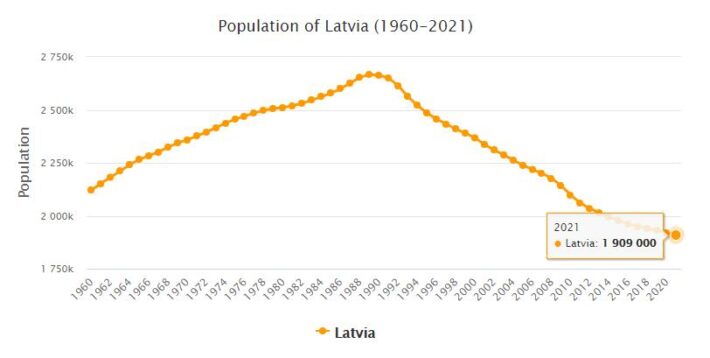