Guyana. Violent protests erupted in mid-July in the mining town of Linden because of a government decision to reduce subsidies on electricity prices in the city. In armed confrontations with police, three protesters were killed and 20 injured. Linden, which is the center of Guyana’s bauxite extraction, is known in the country’s history as a city with strong political activism. Of particular significance for the conflict was that it was played out in the light of the prevailing ethnic contradictions in Guyana; The majority of Linden residents are Guyanans of African origin, while the government consists of Guyanans of Indian origin. A widespread view among blacks was that the decision on electricity price subsidies was a political campaign.

Old tensions with neighboring countries also increased during the year; with Venezuela on a border issue and with Surinam because of gold exploration in the southern part of the country. At a meeting in May, all countries in the Caribbean (CARICOM) declared their support for Guyana in the border conflict. With regard to Surinam, the Government of Guiana protested that Surinam has a lower tax on gold, leading to smuggling and tax evasion for the Guyanese government budget. 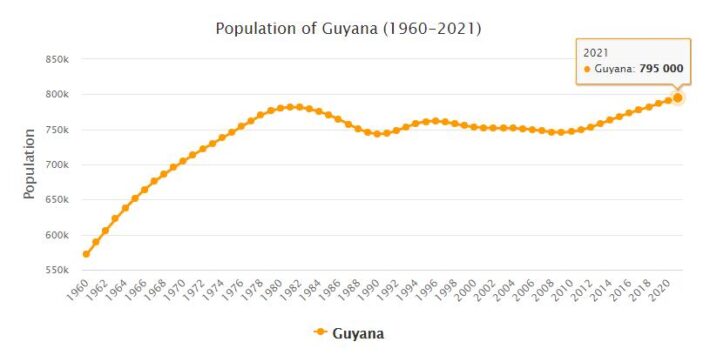