Fiji. On January 7, the state of emergency, which had prevailed in Fiji since September 2007, was claimed, according to a statement from Prime Minister Frank Bainimarama a few days earlier, when he also promised that a dialogue on a new constitution would start in February. Bainimarama had received harsh criticism from the outside world for his increasingly dictatorial rule since taking power in a coup in December 2006.

By a decree, Bainimarama in March abolished the traditional chief council, Bose Levu Vakaturaga, with 55 members. According to the Prime Minister, the Council had become politicized and outdated in today’s more equal Fiji. The Council was formed by the British colonizers in 1876, under the name of the Indigenous Council, as an advisory body to the colonial power.

In July, Australia and New Zealand agreed to reestablish full diplomatic relations with Fiji. The decision of the two countries, which have been Bainimarama’s harshest critics in the outside world, came after they began to notice concrete preparations for the 2014 elections, for example the work on the new constitution. Earlier, Fiji’s leaders had refused to conduct elections, despite pressure from, among others, Australia and New Zealand. However, Fiji was still excluded from the Commonwealth and Pacific Islands Forum (PIF), and international sanctions remained.

Laisenia Qarase, Fiji’s most recently elected prime minister, who was deposed in Bainimarama’s coup in 2006, was sentenced in August to one year in prison for corruption. The crimes must have been committed in the early 1990s when Qarase was head of a state investment company. However, Qarase denied the charges.

In November, 71-year-old Ratu Epeli Nailatikau was appointed Fiji’s president for a further three-year term. He had been sitting in the post since November 2009 and before that, among other things. has been President of Parliament.

In mid-December, Fiji was ravaged by Evan, the worst hurricane in 20 years. No people died, but over 8,000 Fijians were forced to leave their homes and settle in special evacuation centers. Thousands of tourists were evacuated from small islands to the main island of Vitu Levu.

The hurricane and the subsequent rain caused heavy flooding, demolished housing and infrastructure. Worst, the western parts of the main island were affected. The country’s second largest city, Lautoka, looked like a war zone, according to the press. 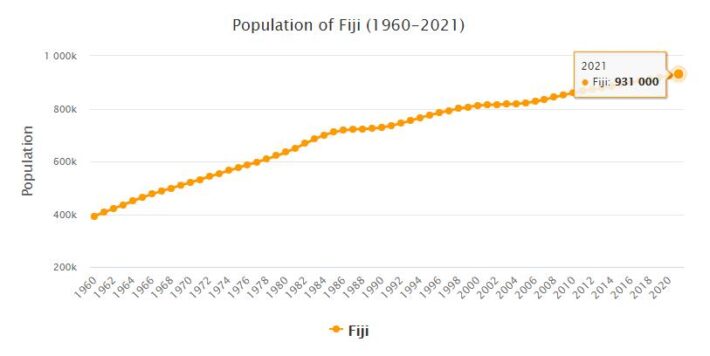