Estonia. A shift occurred in Estonian politics during the year when the opposition party Social Democrats (S) made a break-in among voters in the Russian-speaking minority. The party merged in February with the Russian party, whose leader Stanislav Tserepanov was elected vice-party leader under S-leader Sven Mikser. Thus, S took up the fight with the leading opposition party Centerpartiet (C), which has traditionally had both Estonian-speaking and Russian-speaking voters.

The merger shook the political establishment and threatened parties with few Russian-speaking voters. The government coalition with the Liberal Reform Party and the right-wing Alliance IRL accused S of accepting politicians who denied that Soviet sovereignty in Estonia was an occupation, but Tserepanov said they used history to divide society.

Following the merger with the Russian Party, S for the first time in Estonia’s history was led by an opinion poll. The party received 30% support, closely followed by the ruling Reform Party. Eventually, the Reform Party regained its place as the largest party.

Prime Minister Andrus Ansip’s Reform Party ended in a political scandal in May when one of the party’s former MPs revealed that he had made thousands of euros in dubious donations to the party. He claimed that former party secretary and current Justice Minister Kristen Michal asked him to donate to the party in his name with money that was not his.

Justice Minister Michal rejected the charges, and Prime Minister Ansip accused the MP of lying, but prosecutors launched a preliminary investigation into the affair, which was to pursue the Reform Party for the rest of the year. In October, doctors and nurses went on strike with demands for substantial salary increases, 20% for doctors and 40% for nurses. The employer offered 6.6%. After almost four weeks of tangible conflict, an agreement was concluded that would, among other things, reduce the workload and raise minimum wages by 23% for nurses, 17.5% for nurses and 11% for doctors. This would give hourly wages of 2.6 and 4.5 and 8 euros respectively.

In October, the opposition demanded a vote of no confidence in Justice Minister Michal because of the party-financing deal, but the minister managed. The Prosecutor’s Office closed its preliminary investigation for lack of evidence. S demanded new elections, claiming that the only way to reestablish what was termed as the shameful reputation of democracy.

After growing political pressure, Justice Minister Michal resigned in December. At the same time, the reform party fell to 22% in public opinion, while the opposition supported a majority, with 28% for S and 24% for C.

The country’s economy continued to recover after the financial crisis. For the first three quarters of the year, GDP growth was about 3% higher than the year before. However, that meant that Estonia had not yet returned to GDP levels before the outbreak of the financial crisis in 2008. At the beginning of the year, the average wage in Estonia was EUR 865, clearly higher than in neighboring Latvia and Lithuania.

Exports continued to grow, albeit at a lower rate, and in September it was larger than any month earlier in Estonia’s history. Sweden had then taken over Finland’s place as Estonia’s largest export market. 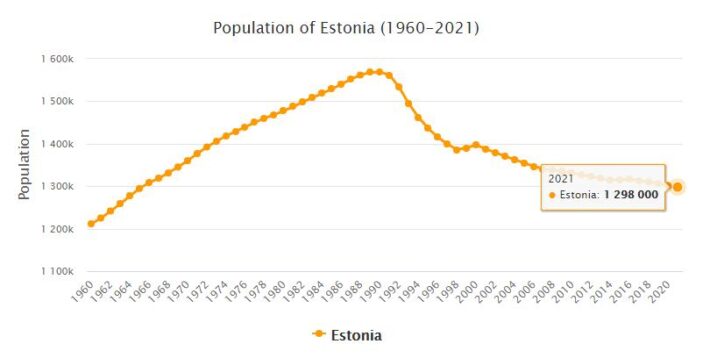