Denmark. At the New Year, Denmark took over the Presidency of the EU as the euro crisis dominated European cooperation.

Denmark, which itself is outside the euro co-operation, sought, among other things, to revitalize EU climate policy. But the economic crisis hit hard on Denmark’s own renewable energy investment. Vestas, the world’s largest producer of wind turbines, notified several thousand employees during the year and saw its share price halved. However, the government’s wind power plans were fixed with the goal of getting Denmark’s half energy supply from wind power 2020.

The Social Democrat-led government’s proposal for congestion charges in Copenhagen was delayed by disagreement in the coalition. Criticism from the public and from the bourgeois opposition was also harsh, and in February Prime Minister Helle Thorning-Schmidt declared that the idea was abandoned. Instead, a commitment to cheaper and better public transport was promised.

The controversial issue of car tariffs contributed to the government’s decline in opinion. In a survey in March, the opposition party Venstre got 35.6%, which was more than the three coalition parties Socialdemokraterne (S), Radical Venstre and Socialist People’s Party got together. Support for Thorning-Schmidt (S) continued to decline, reaching a record low of 16.8% in June.

But the opposition leader and former Prime Minister Lars Løkke Rasmussen and his party Venstre were put under pressure in the so-called tax deal. The question was about how secret information in a sensitive tax case concerning Thorning-Schmidt’s husband leaked to the press before the previous election. In August, the government’s tax commission launched an investigation into the deal, and among the over 40 witnesses called were Løkke Rasmussen and his former tax minister Troels Lund Poulsen. The latter was suspected of trying to influence the tax authorities’ actions. The case was also reported to the police, and Lund Poulsen’s former media advisor was prosecuted for having leaked the confidential information.

In September, Pia Kjaersgaard resigned as leader of the Danish People’s Party after 17 years at the post. For her successor, the party chose Kristian Thulesen Dahl. Although Kjaersgaard has been controversial, especially with her immigration policy, at her departure she was also praised by opponents as a colorful and committed politician. The Socialist People’s Party also changed its leader when Foreign Minister Villy Søvndal was succeeded by the party leader post by Annette Vilhelmsen after fierce factional battles in the party.

In October, the Labor Movement’s Business Council raised an alarm that the proportion of poor people has increased almost explosively in certain severely exposed residential areas. With the OECD’s definition, the proportion of poor residents in three exposed housing areas had increased from eight to four between 2002 and 2010. The government found reason to extend its so-called ghetto list of socially vulnerable housing areas from 28 to 33.

In 1982, the world crisis reached a new high, and the government Anker Jørgensen therefore surprisingly voluntarily decided to transfer the government power to the bourgeois under the leadership of Poul Schlüter. The Social Democracy had imagined that there would be a brief civil government in which the right-wing parties came to reveal their own powerlessness. But the right wing remained in power for the following 11 years. In particular, the reason was that the international economic cycles reversed immediately after the takeover of citizens. In the United States, President Ronald Reagan led military-Keynesian politics that boosted the world economy.

In Denmark, the bourgeoisie took advantage of the favorable economic climate for a massive offensive against the working class. The 1970’s progress in the field of health and safety was reversed, unemployment benefits and social benefits eroded. It was part of the foundation for the rapid polarization of society, where the rich became richer and the poor poorer. Culturally, the privatization and commercialization of the mass media took place. Worse, however, was that considerable individualization took place. The economic boom kept the bourgeois governments in power, and at the same time, the Social Democratic political project, Keynesianism, was in deep crisis. Nor was the Left able to develop coherent and powerful visions. In the absence of collective societal projects, individualization was allowed to develop.

The only significant exception to this trend was the Easter strikes of 1985, which were triggered after the government intervened in a major labor market conflict. Up to 1 million people demonstrated for several days against the government demanding its departure, but it kept up and the strike movement ran out into the sand.

The only point where the Social Democracy succeeded in gaining influence through the 1980’s was Denmark’s NATO policy – the so-called footnote policy – where it succeeded in exploiting the more anti-militaristic attitude of the radicals to have Danish reservations entered into NATO’s decision to post 572 nuclear missiles in Europe. Similarly, in 1986, the Party sought to raise opposition to the government by taking the lead in opposing the development of the European Union. That year, a referendum was held on the establishment of the Community’s “Internal Market”, the next step towards the Union. But the government won the vote – the Danes voted yes.

In step with Copenhagen’s expansion as a city of trade, education and administration, the language in the capital became increasingly important for the whole country. It applied first, ie. from the Reformation, especially the written language, but since then also the spoken language; virtually all developments in the pronunciation have recently begun in Copenhagen.

Of course, the Copenhagen language does not directly affect, for example, a northwestern Jutlandic dialect: the language in the larger provincial towns, eventually also in the smaller towns and villages, is affected, as the social differences in the Copenhagen language are continued; the influence does not manifest itself in every respect the same in the lawyer and the dock worker.

A dialect society is defined by geographical, not by social boundaries. All the way to the 1700’s, has the spoken language also in Copenhagen been more or less the same among high and low, though with certain obvious differences in vocabulary; it has been closely related to the surrounding (Zealand and Scanian) Øresund dialects. But during the 1700’s, the higher layers rejected a number of pronunciations which the lower layers maintained: eg kyd ‘meat’, gek ‘went’, shot ‘shot’, bends ‘books’, kerregård ‘cemetery’, kessebær ‘cherry’, gore ‘did’, down ‘down’, drone ‘drown’, seve ‘soap’ etc. I 1800-t. used authors as JL Heiberg and Chr. Hostrup such traits socially characteristic; In 1841 Heiberg compiled a list of “Language Errors in the People of the Lower Classes”.

During the 1800’s, the social differences became so extensive that one can speak of two sociolects. A number of changes in the pronunciation occurred time-shifted in the higher and lower strata. The “soft” di leaf, place, out, etc., which had been limp and j-like, stabilized at the earliest in the higher layers as ð; but otherwise it is most often the lower layers that lead in the sound development, eg in terms of a-sounds, both the projection of long “light” a as in street, subject and of short a as in fall, throw, the pronunciation of the diphthong in eg me, shark, road and later the development of a new “dark” ai forward, Greek etc.

During the 1900-t. the sociolects have approached each other. But there are still clear differences, and the new forms of pronunciation are often regarded with reluctance by traditional national speakers, both in and outside Copenhagen. This applies, for example, to [ɒ] in words like people, come, [ts] in words like Tivoli, thank you, [rɑ] in forward, killed, etc. and “maret” much that is perceived as low-social.

Actual dialect boundaries within Copenhagen could not be detected. As the capital and by its size, Copenhagen has acquired a linguistic special status. In periods, especially 1850-1950, the pronunciation of the Royal Theater has been perceived by many as the very standard of the national language, and State Radio emphasized from the beginning that its language should be similarly exemplary; later the norms have become less fixed and radio and television broadcasts are broadcast from other regions. However, the electronic media have not been of decisive importance for the spread of Copenhagen. 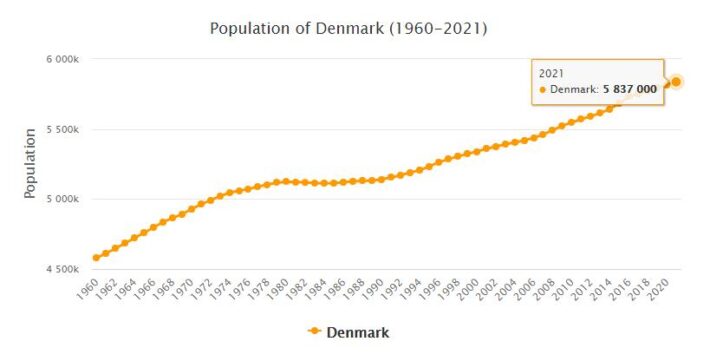