Czech Republic. On the first day of the year, two young Roma were shot in a Czech village, one dying and the other seriously injured. According to Roma, the gunfire was unprovoked and was attributed to right-wing forces that have killed many Roma since the fall of communism in 1989. At the same time, more and more youth joined the right-wing groups in the Czech Republic, and racial propaganda increased on the Internet in the Czech Republic, especially on Facebook and YouTube.

While the government was making major budget cuts, it decided in January that the Catholic Church would reclaim large properties that the church lost during the communist era. It was a controversial decision preceded by prolonged political conflict. The property would be returned incrementally for 30 years, and the church would also receive financial compensation. Parliament approved the resolution in November.

In March, the government decided to name Prague Airport after former President Václav Havel, who passed away before New Year. However, Havel’s former employees protested, saying that Havel himself did not like flying.

The Czech Republic, together with Britain, stood outside the financial pact agreed by other EU members in March in the wake of the European debt crisis. It was intended to strengthen the countries’ budgetary discipline, but the Czech Republic’s cuts aimed at the same goal, reducing the budget deficit to 2.9% in 2013.

The government’s decision in April on tax increases and cuts of the equivalent of just over SEK 50 billion in 2013-14 met stiff opposition from the opposition. In Prague, close to 100,000 protesters gathered against austerity and against corruption. The leader of the Government Party Public Affairs (VV) had then been sentenced to conditional imprisonment for bribery. The VV was divided, and Prime Minister Petr Nečas risked falling into a minority. However, enough members of the VV supported the government in a vote of confidence.

In October, President Václav Klaus vetoed the government’s proposal for pension reform, in which citizens could invest part of their pension money in private pension funds. According to the president, the law had been enforced without the political consensus required for such long-term reform.

The fragile government suffered defeat in the fall elections to the parliament’s upper house, the Senate, where the left opposition strengthened its position. Even in the local elections, the coalition parties had severe adversity. Prime Minister Petr Neča’s party The Democratic National Party (ODS) received only about 12% of the vote in the country on average.

During the year, the Czech Air Force used JAS 39 Gripen in NATO’s patrolling of the Baltic airspace, but the Swedish-Czech negotiations on the Czech Republic’s continued lease of 14 Gripen planes shattered during the year. The Prague government considered Sweden’s bid too expensive, the equivalent of SEK 6.7 billion for ten years from 2014. In November, the Czech Republic therefore threatened with new procurement.

The information that Saab’s former partner BAE Systems bribed Czech government representatives prompted Prime Minister Petr Nečas to demand that all bribery charges be investigated if there was to be any future cooperation with Saab and BAE. But in November, the Czech investigators closed the preliminary investigation of bribery that has been going on for several years. According to the investigators, Swedish authorities had not been accommodating.

In September, the sale of liquor was banned with more than 20% alcohol since over 20 people died and many were poisoned by homemade spirits mixed with methanol. The Czech Republic has the world’s second highest consumption of alcohol among adults, according to WHO. When the source of the illegal liquor was discovered, the sales ban was lifted.

Iraq, which was building new combat forces, decided in October to buy 28 Czech-made training aircraft for the Air Force, 24 new and four used. The aircraft type L-159 is produced by the Czech Republic’s largest aircraft manufacturer Aero Vodochody. The plan can be armed. 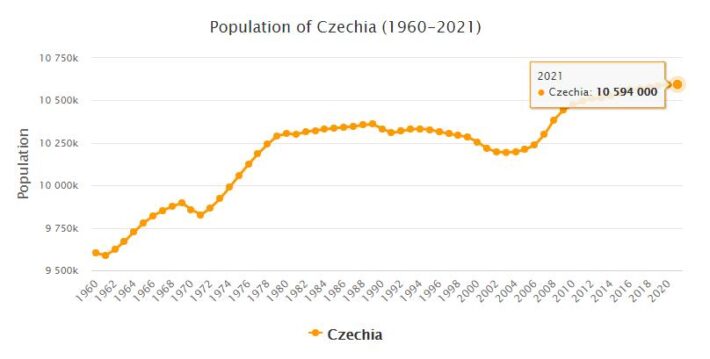