Brazil. The October 17 and 28 municipal elections were a great success for the ruling Labor Party (PT’s) candidates. PT holds the mayor post in 636 municipalities, a considerable increase from 554, and won among other things. the mayor’s post in São Paulo. PT’s coalition partners and the country’s largest party, the Brazilian Democratic Movement Party (PMDB), still dominate at the municipal level with 1,098 municipalities and govern, among other things. in Rio de Janeiro, but the total population in municipalities governed by PT is larger, nearly 37 million. However, several small parties simultaneously strengthened their positions, notably the Socialist Party (PSB), which won over PT in five state capitals, including. the important Recife, Belo Horizonte and Fortaleza. Otherwise, PT controls only the smaller capitals of the states of Paraíba, Acre and Goiás.

On November 6, Congress voted for royalties from the newly discovered oil sources off the coast of Rio de Janeiro to be distributed equally among all of the state’s states. The decision led to widespread protests in Rio at the end of the month, thus losing large incomes, which it was hoped, above all, to use to finance part of the costs of the 2014 Soccer World Cup and the 2016 Olympic Games.

In November, the judges arrived in the judicial process, the so-called mensalau scandal in 2005, where a number of high-ranking politicians within the PT party received bribes in exchange for favorable political decisions. José Genoino, the then party secretary, was sentenced to nearly seven years in prison and President Lula da Silva’s closest man and the scandal’s leading author José Dirceu was sentenced to nearly eleven years in prison. The party itself, just as several times before, claimed that the whole process and the Supreme Court’s judgments have political purposes.

Salvador, the capital of the state of Bahia, was hit by a crime wave just before the carnival in February, when a third of the state’s police force went on strike for higher wages. The number of murders doubled overnight, and businesses were forced to close due to looting and vandalism before the strike was canceled.

In September, Eduardo Cunha was excluded by the Lower House by 450 votes to 10. As President of Parliament, it was Cunha who led the coup d’état against Roussef in the spring. Now he was thrown out, charged with perjury, corruption and obstruction of justice. At the same time, he was prohibited from carrying on a political office for the next eight years. After the vote, Cunha said: “This is the price I pay for having liberated the country from PT. They let me pay for leading the court case (against Roussef)… tomorrow it will be you. ” He had built up his power by mapping the secrets of his fellow politicians, which he actively used to blackmail them. No one loved him, everyone feared him. Now he threatened to write a book to reveal his knowledge of the secrets. (Brazilian politician who led Rousseff impeachment is expelled from office, Guardian 13/9 2016).

The coup d’état against Roussef was the third serious setback in Latin America in 1/2 year. In Argentina, the right wing won the presidential elections in November 2015, and in Venezuela they won the parliamentary elections that same month. Since the 1990’s, the United States has been rolling its democracies in Latin America. For the left, it was a reminder that even 54 million. Brazilian voices (and thus democracy) have no significance when the bourgeoisie’s total control over media and capital is intact.

In November, Minister of Culture Marcelo Calero resigned. The reason was that President Temer put pressure on him because a peace case stretched legs for a construction project government secretary Geddel Vieira Lima was residents Lima was forced to resign a few days later.

In December, Marcelo Odebrecht admitted that he had paid bribes to Temer.

Also in December, the Inter-American Court of Human Rights ruled against the Brazilian state for tolerating slavery and human trafficking. This was based on the way land workers are treated in the northern state of Pará.

Violence increased rapidly throughout the country during 2016. It cost women, children, human rights activists, journalists, indigenous peoples, rural workers and professionally active lives. The country’s prisons were crowded at the same time. In October, a prison riot broke out in the state of Roraima. Ten men were beheaded or burned alive in their cells.

In April 2017, the police stormed the parliament in Brasilia in protest of the government’s planned reform of pension legislation. The reform would mean that the retirement age for civil servants would be increased from 54 years to 65. The attacking police officers were beaten by Parliament’s own security forces, but subsequently the government agreed to raise the retirement age only to 60 years for selected groups: women, teachers, land workers and police officers. Police unions criticized the government for failing to take into account the dangerous working conditions of the police.

New riots broke out in May when the daily O Globo published printouts of secret talks between dictator Michel Temer and the owner of the country’s largest meat package JBS on bribery money. For several days, the people demonstrated in front of the parliament in Brasilia until the dictator directed the federal police against the protesters. However, even in the dictator’s own party, the unrest rumbled. A few weeks later, the nation’s top electoral council voted 4 against 3 Temer and Dllma Rouessef for illegal electoral funding in 2014, but just a few weeks later state prosecutor Rodrigo Junot filed charges against Temer for accepting bribes. The case was due before the Supreme Court. (Brazil police storm Congress over proposal to raise retirement age, Guardian 19/4 2017)

In June, Temer was charged by state prosecutor Rodrigo Janot for receiving bribes. The charges were brought to the federal Supreme Court. At the same time, federal police recommended Temer be charged with obstructing court proceedings. Through his Justice Department, Temer had tried in vain to replace the leadership of the federal police, but instead removed appropriations, so the unit had to suspend its investigation of government corruption. Temer had already replaced his Minister of Justice twice in 2017. In the latter half of June, the dictator’s popularity reached 2%. Never before had a head of state been so unpopular in the country. However, Temer’s corrupt right-wing friends in parliament still backed him up.

In order to make room for lumber companies, Temer abolished in August the conservation clause for an area in the Amazon in the states of Pará and Amapá the size of Denmark. In addition, there were several reserves for indigenous peoples who were now threatened with extinction.

Against the background of the rapidly rising violence, the government in September put the military into Rio’s largest slum Rocinha. 1000 soldiers took part in the fighting with the slum gangs.

An appeal court in Porto Alegre in January 2018 upheld a previous verdict against Lula for “money laundering and corruption”. The court also increased the sentence from 9 years in prison to 12 years and 1 month. In the polls, Lula led the polls to the presidential election in October and the dictatorship by all means wanted to prevent him from running for office. The ruling triggered widespread protests across the country and both Lula and PT declared the fight to stand and win the election. “As long as this heart continues to beat, those eyes still see and this brain continues to think, so long the battle is not over,” declared the former metalworkers chairman and president. “This country will show that the poor were never the problem. The poor are the solution. ”(Brazilian court upholds corruption conviction for ex-president Lula,Guardian 24/1 2018)

In March, the 38-year-old Afro-Brazilian, single mother, Rio de Janeiro municipal councilor, and lesbian Marielle Franco were murdered by camp killers. For many years she had fought a fierce battle against the bloody violence of the police and military in her slum Maré. The assassination triggered a huge demonstration in front of the Rio City Hall with the participation of over 100,000 people. Police brutality increased dramatically after the transition to dictatorship in 2016. In January 2018 alone, 154 were killed by police in Rio’s slums. (Marielle Franco: Brazil’s favelas mourn the death of a champion, Guardian 18/3 2018) 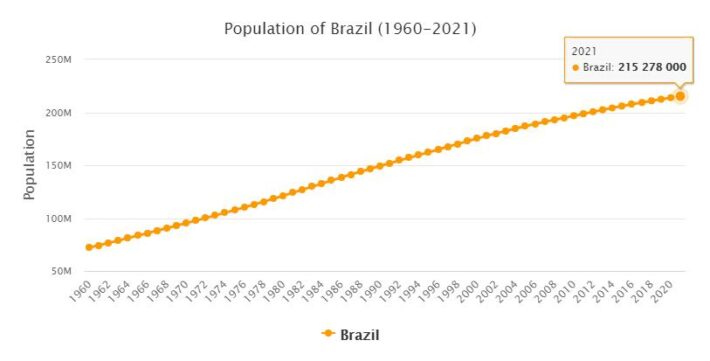