Botswana. The mining industry reported new large mineral deposits during the year, including a copper field and two coal fields. Even before this year’s discovery, Botswana was estimated to have 60-70% of Africa’s coal reserves and the potential to become a world producer. During the year, plans were therefore made for a new railway, either to the Atlantic or to the Indian Ocean. In August, President Ian Khama signed an energy deal with his South African colleague Jacob Zuma on exports of coal to South Africa.

In May, a human rights group accused Botswana police of intimidating tactics against the San people (basarwa) in the Kalahari desert, where they won water rights. Critics feared that the government wanted the San people’s settlement removed because the government approved the plans for a new major mining project for diamond mining in the area. But the police claimed that the arrests of so-called bushmen were for poachers.

The big game hunt in Botswana gained international attention when it became known that the Spanish king Juan Carlos was on expensive elephant hunting in Botswana, in the midst of the worst economic crisis in Spain. The hunt resulted in the king having to leave the assignment as honorary chairman of the World Wildlife Fund in Spain.

A historic shift came when the Supreme Court ruled in October that women in Botswana have the right to inherit the family’s house. According to the court, the ancient custom of law that prevented women from inheriting the home was in conflict with the Constitution’s protection of equality between women and men. The ruling went against the government’s views on the issue and came after a multi-year legal dispute between four sisters and their male relatives. According to the Southern Africa Litigation Center, the verdict was significant to the whole of southern Africa, where women in many countries become homeless when their fathers or husbands die.

During the year, harsh criticism was leveled against President Khama for power concentration and brother-in-law politics as Khama’s family members and friends received important public positions and profitable business contracts. Opposition leader Dumelang Saleshando accused Khama of wanting to turn Botswana into his private company. Despite the successful mining industry, unemployment in Botswana is one of the highest in the world, and according to a report from the International Monetary Fund (IMF) in September, income inequality in Botswana has grown larger than in South Africa. 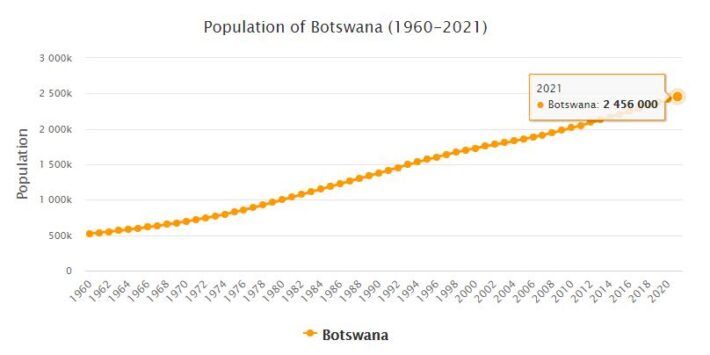