Bosnia and Herzegovina. The House of Representatives on January 12 approved Bosnian croat Vjekoslav Bevanda as the country’s new prime minister according to a six-party agreement just before New Year. Only in February, almost a year and a half after the 2010 election, was the new coalition government ready. It consisted of the Bosnian SDA (Democratic Action Party) and the SDP (Social Democratic Party), the two predominantly Serbian parties SNSD (Independent Social Democrats Party) and SDS (Serbian Democratic Party) and the Croatian HDZ BiH (Croatia’s Democratic Union in Bosnia-Herzegovina) and HDZ1990 (Croatian Coalition).

Strong political contradictions, however, continued to assert themselves. In May, the SDA voted against the 2012 budget, which contributed to other government parties trying to exclude the party from the government. Another Bosnian party, SBB, was then included in the government. But the SDA claimed its right to remain with reference to the constitution and that the Bosniaks would otherwise be underrepresented in the government. However, the Constitutional Court rejected that argument in August, and in October both SDA ministers were forced out of the government.

The twentieth anniversary of the outbreak of war in 1992 was celebrated in April. over 11,000 empty chairs on a street in Sarajevo – one for every casualty in the capital. A total of 100,000 people are estimated to have been killed in the war that lasted until 1995.

In May, the war crimes trial of the UN General Court in The Hague began against the Bosnian Serb general during the war, Ratko Mladić, who was arrested in Serbia a year earlier. The trial was delayed soon, including of complaints about procedural errors. In August, Mladić was taken to hospital for surgery and in November it was decided that he was too ill to participate in the trial. One of the charges against the Bosnian Serb political leader during the war, Radovan Karadžić, was cleared in June, but the other ten charges remained. The trial against him, which began in 2009, continued during the year. In October, Karadžić began his defense. In June, the Bosnian War Criminal Court in Sarajevo sentenced four Bosnians prisoners to between 19 and 40 years in prison for their role in the 1995 Srebrenica massacre, when 8,000 Muslims were murdered.

Setbacks for nationalists in local elections

In the local elections, the Bosnian nationalist SDA and the Serbian nationalist SNSD lose support in their historically strongest regions, mainly in favor of small multi-ethnic parties. Several important districts in both Sarajevo and Banja Luka are changing political color. Analysts describe it as a hopeful development for the usually strongly nationalist policy in Bosnia-Herzegovina. Croatian nationalist HDZ, on the other hand, is doing better in the Croatian – dominated parts of the country.

A local court has sentenced Serbian former officer Srećko Aćimović to nine years in prison for participating in the 1995 Srebrenica genocide. save the lives of an unknown number of people. According to the court, this is an incorrect description and he was sentenced instead of transporting prisoners to execution sites and mass graves.

Former Bosnian Serb General Ratko Mladić gives a high-profile speech at the Special Court in The Hague in the Netherlands, where he has appealed his sentence for genocide and crimes against humanity (see 22 November 2017).). Mladić, who was convicted of the Srebrenica massacre in 1995, among other things, declares his innocence and at the same time attacks the court for being biased and a threat to the rule of law. The President of the Court interrupts him by turning off the microphone after ten minutes. During the two-day session, Mladić’s lawyers have argued that there is no evidence linking him to the assassination of civilians during the war in Bosnia in the early 1990s. The prosecutor, who also appealed the original verdict, claims for his part that there is evidence that Mladić in fact committed significantly more crimes than those for which he was convicted. 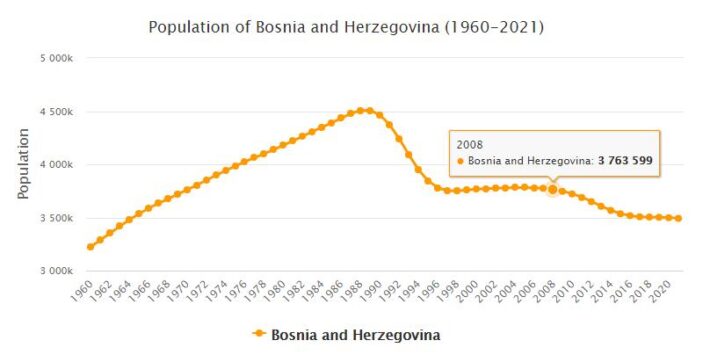