Azerbaijan. Azerbaijan was in the midst of the security conflict between neighboring Iran and Israel during the year. In February, Israeli press reported that Azerbaijan bought military equipment from Israel for $ 1.6 billion, forcing the Azerbaijani defense minister to make statements during a visit to Tehran. According to British press, the Israeli intelligence service Mossad also had a strong presence in Azerbaijan, and Tehran accused Mossad of planning the murder of Iranian scientists in Azerbaijan. In addition, US media claimed that Israel had access to air bases in Azerbaijan for possible use in attacks against Iran’s nuclear facilities. The data was denied by the Baku regime, which sought to balance the region with the powerful Russian Federation in the north, Muslim Iran in the south.

In March, the Azerbaijani authorities said that they had arrested 22 people who would have spied on Iran’s behalf and planned terrorist acts against Israeli and US embassies in Baku. They were later tried and sentenced to prison between 10 and 15 years.

Ahead of the Eurovision Scholarship Final in Baku in May, the regime eased its tough restrictions on public demonstrations. The opposition, gathered in the new Citizens’ Movement for Democracy, took the opportunity to hold protests with thousands of participants demanding the resignation of President Ilham Alijev, free and fair elections, the release of political prisoners and freedom of the press, assembly and conscience.

The political opening became temporary when Azerbaijan had Europe’s eyes on the final. Afterwards, protest participants as well as their family members were called to the police for warnings. Later in the year, the regime tightened the penalty for participation in demonstrations without a permit.

Azerbaijan’s dispute with Turkmenistan over control of the Kyapaz oil field in the Caspian Sea received new fuel during the year. When Turkmenistan planned geological investigations, the Azerbaijani Foreign Ministry declared that Baku “reserves the right to take measures to defend its sovereign rights in the Caspian Sea”. According to analysts, the dispute was sparked by the Russian Federation, whose oil exports would be threatened by Turkmenistan-Azerbaijani cooperation with plans for leadership to the EU. During the summer, several Azerbaijani and Armenian soldiers were shot dead at the border and in the disputed area of Nagorno-Karabakh. Tensions rose when Azerbaijan released a life-long Azerbaijani lieutenant who ax-murdered an Armenian officer in August. The murder had happened in Hungary, from where the lieutenant was handed over to Azerbaijan with conditions for continued imprisonment. Instead, the convict was released as a hero, promoted to major and received financial benefits. Armenia hinted at threats of a new war against Azerbaijan.

In October, a few hundred Islamists demonstrated at the Baku Ministry of Education, demanding the end of the ban on women wearing hijab in public schools and universities. When the police attacked the protesters, they shot back and beat about twenty police officers with wooden rags. 65 protesters were arrested. In social media, the Islamists gained sympathy for fighting for their rights, a contrast to the traditional political opposition which is considered relatively powerless. 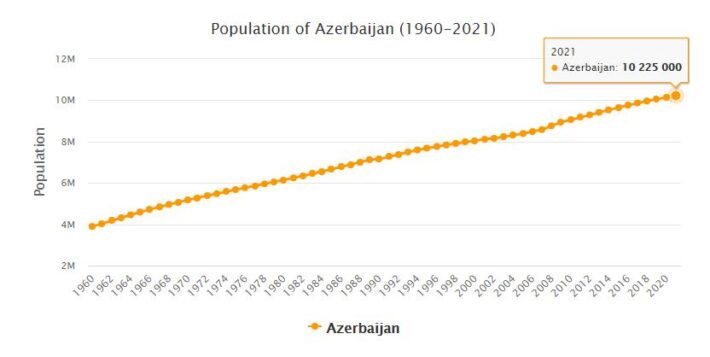