Argentina. In mid-April, the oil company YPF (Yacimientos Petroliferos Fiscales), which is owned by the Spanish Repsol, was nationalized. Rumors that a total stateization of YPF stood at the door had been in decline since January and caused the value of YPF’s shares to oscillate sharply on the exchanges in both Buenos Aires and New York. The nationalization was preceded by the withdrawal of six of YPF’s oil concessions in March in, among other things. the oil-rich provinces of Chubut and Santa Cruz, which together account for half of the country’s oil production. The measure created a diplomatic crisis with Spain, which threatened to complicate negotiations on EU-Argentina trade agreements, and caused the strongest international condemnations of Argentina in ten years.

Several major strikes among civil servants broke out during the year; in March among the port workers in the large wheat export port of Rosario and in May among the employees of the Buenos Aires metro. Towards the end of the year, popular pressure against the government and President Cristina Kirchner increased significantly, and protests grew into large-scale demonstrations. In September, 200,000 people gathered at Plaza de Mayo in front of the presidential palace Casa Rosada in Buenos Aires, and tens of thousands of demonstrators also demonstrated in the provincial capitals of La Plata, Salta, Córdoba, San Juan, Mendoza and Tucumán. On November 8, new mass demonstrations were held – i.e. the largest in Buenos Aires since 1983 – and on November 20, the trade union organization CGT organized a 24-hour general strike. President Kirchner dismissed the demonstrations as a limited middle class phenomenon.

The military coup on March 24, 1976, therefore, came as no surprise. It was necessary for the ruling classes to secure the direct control of the state apparatus through loyal military leaders. Argentina was thus added again to the series of South American countries with military dictatorships. Between these regimes, closer cooperation was developed. Among other things. in the form of joint actions against leftists who stayed outside their own country. In addition, a joint intelligence archive for leftists was created in Paraguay.

The March coup was led by General Jorge Rafael Videla (of the Army), Admiral Emilio Eduardo Massera (of the Navy), and Brigadier General Orlando Ramón Agosti (of the Air Force). An earlier coup attempt in December 1975 had failed because the only coup maker was Orlando Capellini of the Air Force. The other two guards did not yet have a clear stance. Attitude and power distribution were negotiated in place between the guards in March. Videla was deployed as de-facto president and the coup makers arrested Isabel Peron and put her in jail in Neuquen.

The military suspended all constitutional rights and triggered a violent wave of abductions and murders, creating the very concept of “disappearance”. Human rights organizations estimated the number of “disappeared” to be more than 25,000, compiling a list of more than 7,000 cases, with more than 80% being abducted by security forces before witnesses and where their fate was never fully clarified. In 1983, the Armed Forces stated in a document that the “disappeared” had fallen in the fight against anti-guerrilla forces.

The military junta opened the boundaries of free importation, smashing a third of the production apparatus. Half-century victories in the labor movement were canceled, wages fell to half, and regional economies were stifled by towering interest rates. The stock of cattle reduced by 10 million heads, and the foreign debt grew to $ 60 billion, a quarter of which was spent on arms imports. Productive capital was increasingly thrown into speculation and contributed to the 1980’s financial sector collapsing. Videla was replaced by General Roberto Viola and this side by General Leopoldo Galtieri, who, as commander-in-chief of the armed forces, had entered into an agreement with the United States on the participation of Argentine military people in the United States intervention in Central America. He thought,Malvinas archipelago. On April 2, 1982, Argentine troops were landed there. However, it immediately became apparent that Galtieri had completely misjudged the situation. The United States supported the condemnation of the UN Security Council, England reacted militarily violently and received full US backing. After a 45-day battle that killed 750 Argentine and 250 British soldiers, Argentina had to surrender on June 15. Two days later, Galtieri resigned.

In the OAS, 17 countries recognized Argentina’s rights over the Malvinas and voted against Washington for US support for foreign aggression – in violation of the Inter-American Mutual Assistance Treaty. After Galtieri’s departure, a partial purge was carried out within the command of the three military forces. The junta postponed parliamentary elections until October 30, 1983, and appointed retired General Reynaldo Bignone to the presidential office until it could be assigned a civilian – on January 30, 1984. 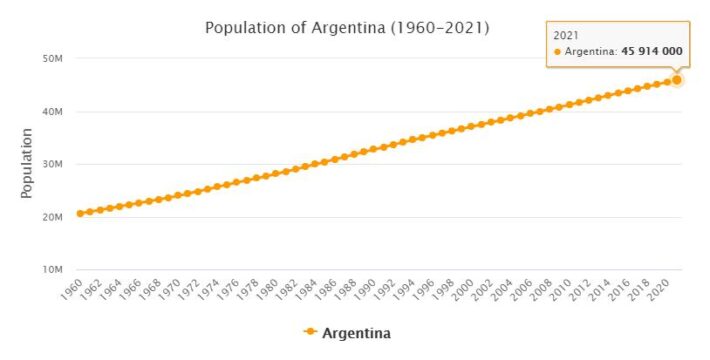